Also the latest on Glenn Tipton's health, the next Priest album, and more 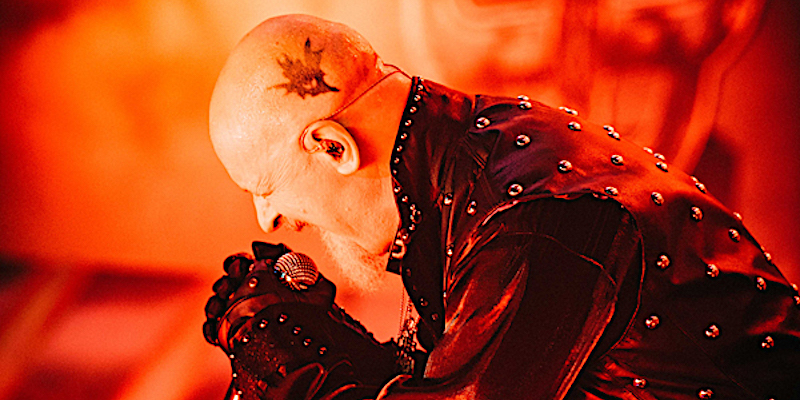 On the last two legs, the band unveiled hidden gems such as “Saints in Hell” and “Killing Machine” in its setlist, with the former having never been played live before. This time around, Priest are switching up the setlist with some other killer jewels from their arsenal of fist-pumping metal anthems.

Priest were also set to open for Ozzy Osbourne earlier this year in the UK and Europe, but that tour has been postponed until 2020 after Ozzy battled pneumonia and subsequently injured himself in a fall at home. That trek will now kick off on January 31st, 2020, in Nottingham, UK.

The Metal God himself, Rob Halford, spoke with Heavy Consequence about the band’s current tour, his personal favorite Judas Priest album, Glenn Tipton’s health, his respect for Ozzy, work on a new Priest album, and more. Read our interview below:

ON NEW SONGS ADDED TO THIS TOUR’S SETLIST

We were in rehearsals just before we went down to Australia, New Zealand, and Japan recently and we kicked around 15 more tracks from all different times in Priest; “Out In The Cold”, “All Guns Blazing”, “(Take These) Chains Off.” There’s a whole cross section. We looked across the variety of songs just to try and get the different dynamics that we need for Priest sets. It’ll be a different show, this third leg of Firepower. Any fans that come see us again, you’ll be hearing and seeing some different stuff this time around.

ON PICKING THE SETLIST

You’ve got to really go where your heart leads you. We’ve always had an understanding with each other. If there’s a particular track that’s not connecting for whatever reason with any of us in the band, then we move on. We find a song that we all agree that we want to play live. It’s vitally important that you do that as a band because everybody has to be really playing it true to heart or you’re just not getting the genuine, organic vibes out of it. There’s a lot of respect and care for each other in this band, so we go through all the discussions and we have all the talking’s and we decide on this song or that song, and then we agree to agree that this song or that song is going in. And that’s how we build the set. It is difficult, with 18 studio albums and a hundred and some songs later rolled up into our latest release, which is the Firepower record, but we wrapped it up. It’s going to be a really good setlist.

With me, I feel like I’ve sung them yesterday. I know that might sound like a crazy thing to say, but I do. We ran through “Killing Machine” in rehearsal and we played it that night. That’s just the way I carry Priest inside of me. It’s very easy for me to go from a song on the Sad Wings of Destiny album to songs from Sin After Sin, or Stained Class or Defenders of the Faith, on and on and on… I’m just able to dial it in. Since I’ve been doing it over time, it just embeds itself in me. You have to make little adjustments here and there. As a vocalist, I’ve moved through the decades. I sing a little bit different now, so trying to pull the stunt off of a song that you recorded 40-odd years ago, it’s a long time ago, and you do what you have to do to make it work 40 years later. But it’s a blast right now. There’s so many songs to look at and I’m sure this tour will be evolving as we go out from day to day. I doubt very much that the setlist will be identical every single night.

Glenn’s doing great. This whole f*cking Parkinson’s, you don’t know from one day to the next how it’s going to work with you as far as how it’s going to affect your critical ability, and that’s how it is with Glenn as a guitar player. What a cruel thing to happen to a guitar player. It’s a cruel thing to happen to anybody, but for a guitar player who needs their fingers in their hands to do something they love passionately and have done all their lives suddenly have that taken away from you. I can’t even think of how Glenn feels, but he’s a hero you know. Some days he has the strength to go out on that stage and play the songs that he wants to play. It’s all done to Glenn’s choice and his decision. We love him so much and he’ll tell us it’s that show or this show and he does that purely on his own feelings. He’s a heavy metal hero, Glenn Tipton.

It’s wonderful to have these two bands together. We’ve done some shows recently in different places around the world and it’s just great to hang out with these guys. They’ve been on the same road, they’re road dogs. We’re always on the road, we’re always getting on the bus, we’re always writing the songs and going into the studio. There’s a very close connection there and especially when you’re working with a band who’s been making music pretty much as long as we have — both bands with a 50th anniversary. They’re very important in the British music world in how they’re represented, their unique way of making that particular sound. So we encourage you to come down and see Heep. Make sure you don’t miss that band because every show is going to be an event because of that.

ON THE RECORDING OF PAINKILLER, WHICH TOPPED OUR RECENT JUDAS PRIEST ALBUM RANKING

My recollections are strong. I pretty much remember every record that we made and the location that we made it in. Painkiller was made in a beautiful studio in the south of France near Saint-Tropez and Nice. We just went through isolation, we didn’t have cell phones obviously, but we unplugged the phones and turned the TV off and really connected ourselves with no distractions to record the music. I’ve got very cool memories of the Painkiller music and working with the late great Chris Tsangarides, who produced that record, did a magnificent job. It’s a little bit similar to some extent with Firepower as far as the work and the creative juices were flowing and everybody kicked in and zoned into the same place we needed to be as we moved along from song to song.

ON HIS PERSONAL FAVORITE PRIEST ALBUM

I still reference Sad Wings of Destiny. Most bands find out who they are with their first two or three releases and I think that’s how it was for Priest with Sad Wings of Destiny. Rocka Rolla was our stepping stone for us to the next place: Sad Wings. We learned a lot making that first record as a band working in a studio, working with producers. There was a growth spurt in a shot amount of time, I think we really tapped into our potential with Sad Wings of Destiny. It’s still the album for me for lots of reasons, there’s a couple of strong points that I always reference to our albums.

ON THE RESCHEDULED TOUR WITH OZZY OSBOURNE

We love Ozzy, we constantly send him love and support. He’s healing slowly but surely. My god that man is just an iconic legend. He’s got a great voice. Listen to the early Sabbath stuff, listen to all of Ozzy’s work, he’s got a tremendous voice full of character and definition. His voice is instantly recognizable. Of course, Ozzy’s been wrapped up in so many other things in his life, people seem to look past that and it really kind of pisses me off as a fellow singer. Ozzy’s a great vocalist.

ON WORKING ON A NEW ALBUM

This is what this band’s done forever. Whenever we hit the road, it’s generally in the support of our latest release. We’ll wrap up this tour at some point, take a break then Glenn will give a call out to come hang out and he’s started noodling with some new songs and ideas. Glenn’s just going through the massive archives of riffs and ideas that we have right now, as well as coming up with his own brand-new Priest riffs. It’s going to happen. I don’t know when, but it’s going to happen.

Our thanks to Rob Halford for taking the time to speak with us. Pick up Judas Priest’s Firepower at this location, and see their remaining tour dates below.