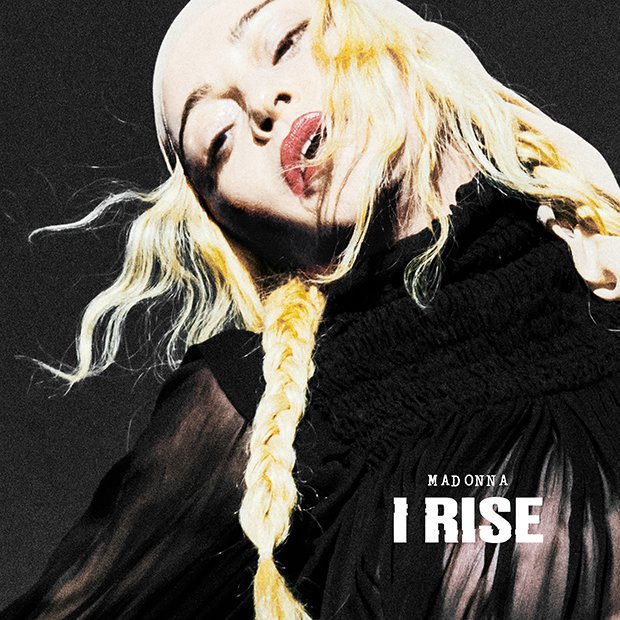 Madonna's artwork for "I Rise"

On the heels of her show-stopping, $5 million dollar performance at the Billboard Music Awards, Madonna has released a new song. “I Rise” serves as closing track to her upcoming album, Madame X. The politically charged anthem begins with a sample of Emma Gonzalez’s speech calling for stricter gun control in the wake of the Stoneman Douglas High School shooting in February 2018. Take a listen below.

In a statement, Madonna says she wrote “I Rise” “as a way of giving a voice to all marginalized people who feel they don’t have the opportunity to speak their mind. This year is the 50th anniversary of Pride and I hope this song encourages all individuals to be who they are, to speak their minds and to love themselves.”

The release of “I Rise” comes one day ahead of the 30th annual GLAAD Media Awards in New York City, where Madonna will be honored with the Advocate for Change Award.

Madame X arrives June 14th via Interscope Records. Along with the Maluma-featuring lead single, “Medellín”, the album features collaborations with Migo’s Quavo and Rae Sremmurd’s Swae Lee, along with production from Diplo and Mike Dean.