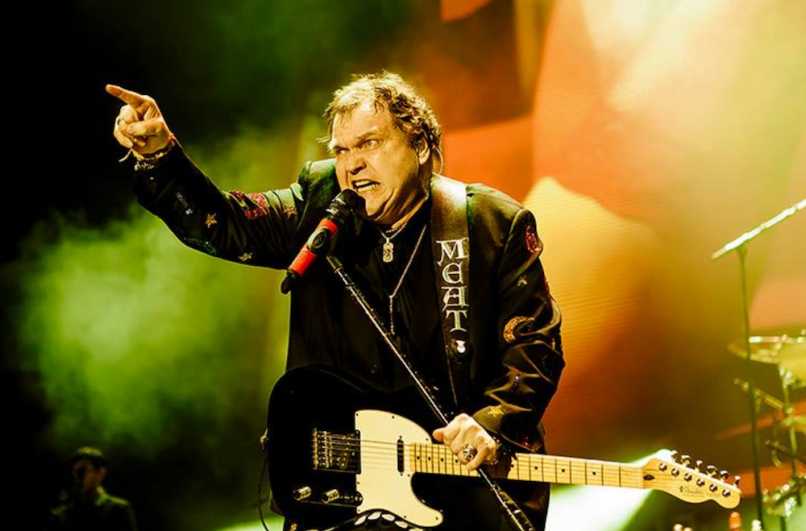 Meat Loaf broke his collarbone this past weekend after falling off a stage in Dallas.

The 71-year-old singer was leading a Q&A session at the Texas Fightmare Weekend convention on Saturday when he reportedly tripped over some wires onstage. Footage of the incident shows Meat Loaf stumbling while attempting to regain his balance, before ultimately falling off the stage, behind curtains and out of view.

Meat Loaf was then taken to a local hospital, where he was treated for a broken collarbone.

Frightmare, a three-day convention for horror movie fanatics, issued a statement about the accident on its Facebook page shortly after. Organizers ensured attendees they’d be refunded and that Meat Loaf is already set to appear at next year’s event:

“As everyone knows, Meat Loaf fell today. We wanted to keep you updated as soon as we knew something. We just found out that the hospital is keeping him overnight for observation. He will not be able to return on Sunday, but he has already confirmed that he will be back in 2020! He’s a trooper and we are praying a speedy recovery!”

Meat Loaf previously collapsed on stage in 2016 after suffering from “severe dehydration.” His last album was that year’s Braver Than We Are.