The 12-track collection is due out in July 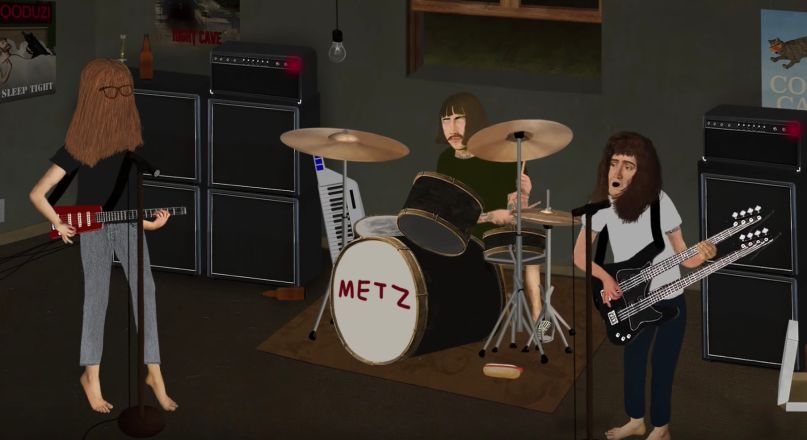 Two years ago, METZ released their third record, Strange Peace. While we all await word on a fourth full-length, the noise-rock outfit is satiating fans with a newly announced rarities collection. Entitled Automat, the album is due out on July 12th via Sub Pop.

For Automat, the Toronto-based band has compiled a selection of rarities dating back to 2009. The LP is set to feature 12 non-album singles, B-sides, demos, and more, all of which were remastered by Matthew Barnhart. The vinyl version of Automat also contains a trio of covers, including Sparklehorse’s “Pig”, Gary Numan’s “M.E.”, and the Urinals’ “I’m a Bug”.

To preview the collection, METZ have released an animated music video for “Pure Auto”, which appeared as the B-side to their 2015 7-inch “Eraser”. Watch the clip, which was directed by James Kerr (also known as Canadian artist Scorpion Dagger), below.

METZ are on the road all summer, and you can find tickets here.