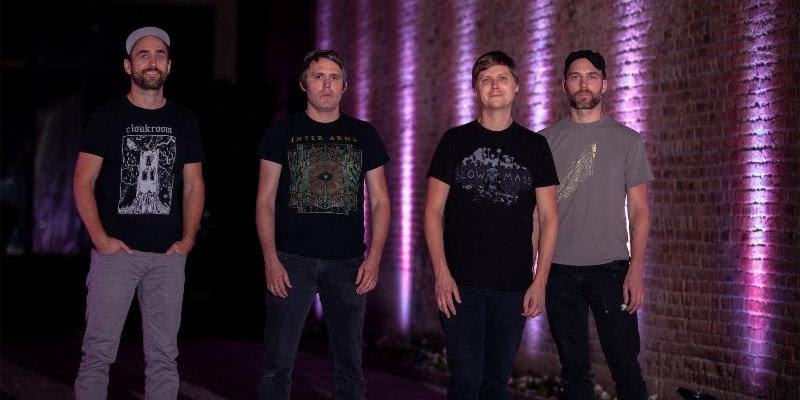 Chicago instrumental metal act Pelican have shared “Cold Hope”, the latest track from their forthcoming album Nighttime Stories, due out June 7th via Southern Lord. Additionally, the band has announced more tour dates in support of the album, including a European jaunt this fall, and a new beer collaboration with microbrewery Metropolitan. The expanded tour itinerary is below.

As its title implies, “Cold Hope” is an icy crusher, instantly reaching peak volume as the band delicately peel back the layers, the song progressing through winding passages of lead guitar and chugging breakdowns, eventually opening up into more melodic territory. The track maintains the urgency heard on previous single “Midnight and Mescaline”.

“Both Pelican and Metropolitan have somewhat limited scopes due to aesthetic limitations we’ve self-imposed: Pelican will always be a niche enterprise because we play instrumental metal; Metropolitan’s brewing output is limited due to the fact that they only brew lagers, which take much longer to brew than ales and therefore tie up the capacity of their equipment,” guitarist Trevor de Brauw said in a press release.

He added: “Thus, both of us are pursuing a very specific aesthetic/artistic mission and creating a legacy rather than doing things that might be more immediately profitable.”

Those in the Chicago area can try the beer and get an advance listen of Nighttime Stories as the band and brewery will host an album listening and beer release party at 7 p.m. on May 30th at the Metropolitan Taproom.

* = with Greet Death
# = with Planning for Burial
^ = with Young Widows