The Pantera legends are buried side by side at a cemetery in Arlington, Texas 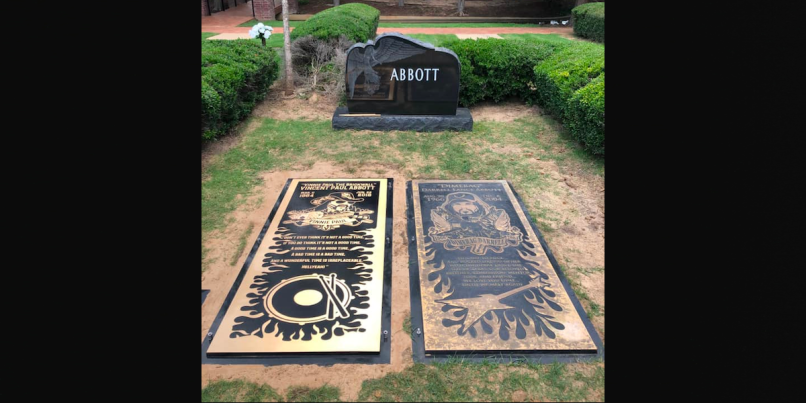 In life, drummer Vinnie Paul Abbott was always connected with his brother, guitarist Dimebag Darrell, having formed the legendary band Pantera together. Now, in death, the iconic metal musicians lay beside each other at Moore Memorial Gardens cemetery in Arlington, Texas.

Yesterday (May 24th), Pantera’s social pages revealed Vinnie Paul’s grave marker, with a close-up photo and a wide shot showing it next to Dimebag’s grave marker. A caption read, “Vinnie Paul’s Grave Marker was installed this morning. We ask that you please be respectful when visiting the Brother’s graves.”

The drummer died last June as the result of an enlarged heart and severe coronary artery disease, while his guitarist brother was tragically gunned down onstage in December 2004 by a deranged concertgoer while the Abbott brothers both played in the band Damageplan.

Vinnie Paul’s most recent band, Hellyeah, recently announced the release of their new album, Welcome Home. The LP, due September 27th,  features drumming from Paul, who laid down his tracks shortly before his death. On tour, the band’s lineup will be rounded out by Stone Sour drummer Roy Mayorga.

Vinnie Paul’s Grave Marker was installed this morning. We ask that you please be respectful when visiting the Brother’s graves.