He joked: "I thought they were going to say it’s for services to the used car trade" 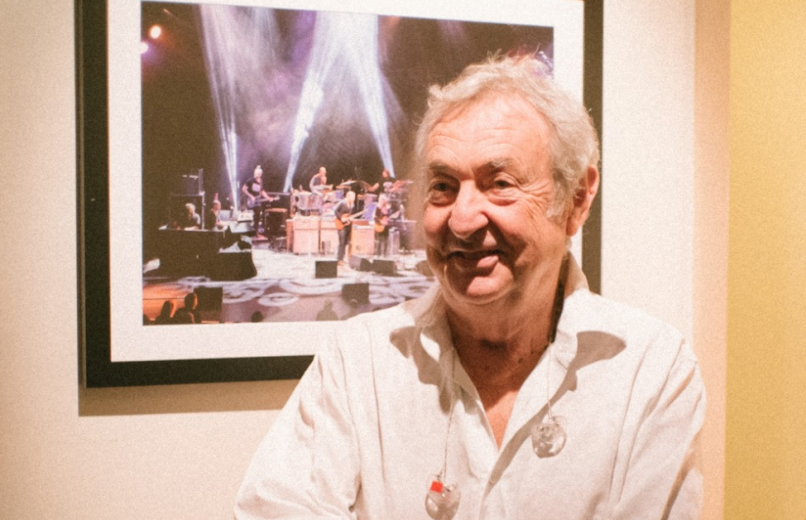 This week, the veteran 75-year-old musician was awarded Commander of the Most Excellent Order of the British Empire (CBE) for his outstanding work in music that spans more than five decades.

Although he initially joked that he “got the long service medal,” Mason later humbly added, “It’s quite extraordinary, because you never have a sense of that time passing.”

Prince William awarded the medal to Mason, and the two even had a chat together, as he told The Independent: “What was quite nice was I’ve met him very briefly before and one thing we do share is flying helicopters.”

(Ranking: Every Pink Floyd Album from Worst to Best)

Mason, who has amassed an eclectic collection of priceless automobiles, admitted: “Cars are my thing, originally when they told me I’d got this award they said it’s for music – I thought they were going to say it’s for services to the used car trade.”

Over the years, Mason has continued to drum behind the kit with his own outfit Saucerful Of Secrets. Last month, he reunited with former bandmate Roger Waters in Brooklyn for a performance of “Set the Controls for the Heart of the Sun”.

In related news, Robert Smith could care less about any of this shit.

Congratulations, Nick, who received his CBE yesterday. On being awarded the honour, Nick said that he was "honoured and delighted" but "just surprised that the Award is given for services to music rather than to the used car trade!" https://t.co/aDbpWO3hTd