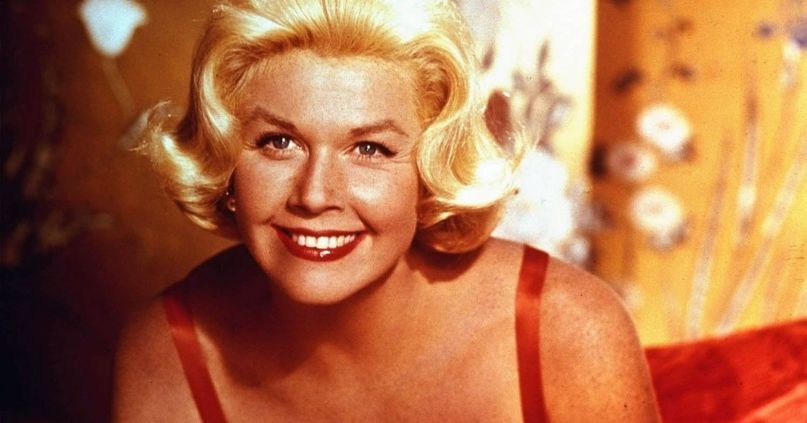 Legendary actress and singer Doris Day has died at the age of 97.

According to The Associated Press, Day died Monday at her Carmel Valley, California home surrounded by close friends..

Born on April 3rd, 1922, in Cincinnati, Ohio, Day was the youngest of three siblings and the only daughter. Her father was a music teacher and her mother stayed at home to raise the three children, though they would end up separating due to her father’s infidelity.

His musical ties clearly inspired Day, though, who became interested in dance at an early age. By the mid-30s, she had already formed a dancing-duo with Jerry Doherty and had begun performing locally around the Cincinnati area.

That is, until she suffered a crippling accident when her car was hit by a train, breaking her leg and shattering her prospects as a dancer. However, she quickly pivoted while recovering by singing along to Ella Fitzgerald on the radio and finding her own voice.

Those vocals prompted her mother to enroll her in singing lessons with Grace Raine, who was instrumental to her development. As they worked together, Day began singing for her local Cincinnati radio station, then a local nightclub, and then in New York.

Soon enough, she caught the attention of bandleader Barney Rapp, who not only insisted she change her last name to Day (after the song “Day After Day”) to fit on a marquee, but also connected her with a number of essential bandleaders including Les Brown.

Brown scored her first hit by recording “Sentimental Journey”, which dropped in 1945 and became an anthem for troops returning home from World War II. She followed it up with six more Top 10 hits and became one of the most popular and highest paid singers in America by 1950.

In addition to touring extensively across the United States, Day also appeared regularly on Bob Hope’s weekly radio program, all of which paved the way towards Hollywood. She began to regularly star in a number of Warner Bros. period musicals, including 1953’s Calamity Jane.

Following her role in 1954’s Young at Heart, Day left Warner Bros. and began campaigning for more dramatic films. She landed a key role in 1955’s Love Me or Leave Me with James Cagney, which was a critical and box office smash, and cemented Day’s place in Hollywood.

The following year she worked with Alfred Hitchcock on The Man Who Knew Too Much, though her next major hit would be 1959’s Pillow Talk, which earned her a Best Actress Oscar nomination. Starring Rock Hudson and Tony Randall, the three would parlay that success with two other hits in 1961’s Lover Come Back and 1964’s Send Me No Flowers.

Day proved to be box office fuel, toppling the records with each film, and went on to star in several other romantic comedies, including 1962’s That Touch of Mink, 1963’s The Thrill of It All, and 1963’s Move Over, Darling. By 1965, however, her career in Hollywood had begun to dwindle.

In 1968, following a string of critical flops, Day left film for television, starting with The Doris Day Show which ran for five seasons from 1968 to 1973. She would make guest appearances on various series throughout the ’70s and ’80s, ranging from The Merv Griffin Show to The Tonight Show. Her love of animals, though, helped Day launch another series in Doris Day’s Best Friends, which ran for 26 episodes from 1985 to 1986.

Throughout her career, Day was the recipient of several major accolades. At the 1989 Academy Awards, she received the Cecil B. DeMille Award for lifetime achievement in motion pictures. In 2004, she was awarded the Presidential Medal of Freedom by President George W. Bush.

Her achievements in music earned her three separate Grammy Hall of Fame Awards, specifically in 1998, 1999 and 2012 for her recordings of “Sentimental Journey”, “Secret Love”, and “Que Sera, Sera”, respectively. In 2007, she was inducted into the Hit Parade Hall of Fame, and in 2010, she received the first Legend Award ever presented by the Society of Singers.

As a solo artist, Day recorded more than 650 recordings on the Columbia Records label from 1947 to 1967 and had 29 studio albums to her name, making her one of the most popular and acclaimed singers of the 20th century.

Day was married four times. Her only child, music producer and songwriter Terry Melcher, passed away in 2004 from melanoma. They are both survived by Melcher’s son Ryan, a luxury real estate agent living and working in Carmel.