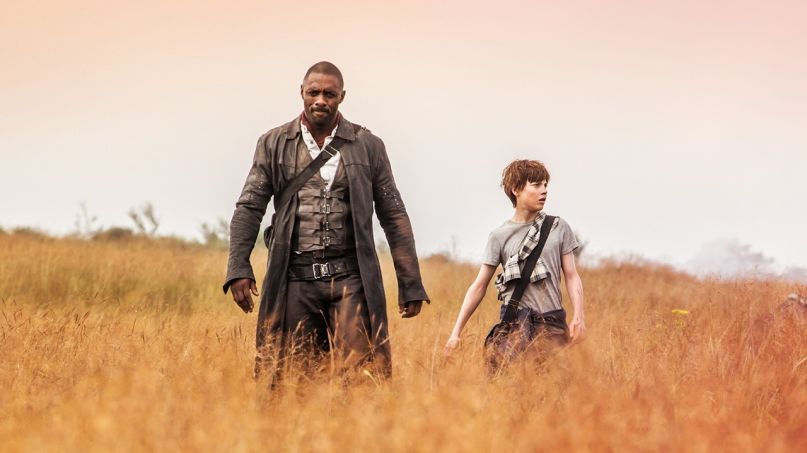 It’s been nearly two years since The Dark Tower hit theaters. You remember that one, right? Idris Elba as The Gunslinger, Matthew McConaughey as The Man in Black, Tom Taylor as Jake Chambers, and a color palette that was straight outta Appalachia? No?

While most of Stephen King’s Constant Readers have since moved on, the 2017 adaptation still haunts the film’s producer Ron Howard. In a new interview with Happy Sad Confused Podcast, the legendary filmmaker opened up about the blockbuster flop, even admitting to its faults.

First up, he copped to the film’s misguided focus:

“I think it should’ve been horror. I think that it landed in a place—both in our minds and the studio’s—that it could be PG-13 and sort of a boy’s adventure… I really think we made a mistake not—I mean I’m not sure we could’ve made this movie, but I think if we could’ve made a darker, more hard-boiled look and make it The Gunslinger’s character study more than Jake. I think in retrospect that would’ve been more exciting. We always felt like we were kind of holding back something, and I think at the end of the day it was that.”

He’s right on the money. If you recall, the chief concern among most fans was how filmmaker Nikolaj Arcel and screenwriter Akiva “Hollywood Hack” Goldsman turned King’s seven-volume epic into a run-of-the-mill young adult adventure. That couldn’t be further from the truth.

Yet what also plagued the film was how Goldsman wedged all seven of those aforementioned books into a 90-minute mess. As such, whatever epic story that might have been was condensed into a winded, dilapidated experience that left zero room for any mystery or intrigue.

As you can see, Howard’s also hip to that:

“The other thing might’ve been to just straight-on tackle it as television first. Disappointing because I poured a lot of myself into it, and sometimes this happens on these projects where everybody’s best intentions—you’re all pulling in a direction, and then you sort of say, ‘Was that the right direction?’ And I wouldn’t say it was all compromise. I do think it was just a sense of maybe too much listening to what you think that the marketplace is calling for instead of the essence of what Stephen King was giving us.”

Unfortunately for Howard, it would appear Amazon has been listening to the marketplace as they’re currently developing their own adaptation for the television format. What’s more, they’re starting from the very beginning, focusing solely on Roland Deschain, aka The Gunslinger.

Even so, it’s a damn shame that Elba never got his fair shot as the Gunslinger, and that the brand itself is mired in box office poison. But hey, as the books would have it, the journey to The Dark Tower is riddled with challenges, all over long days and pleasant nights.

To keep up to date on that journey, subscribe to The Losers’ Club, our weekly Stephen King podcast that has been exhaustively covering his work for over two years. Below, you can revisit their two-hour film review of The Dark Tower.