The singer had a serious neck operation three years ago 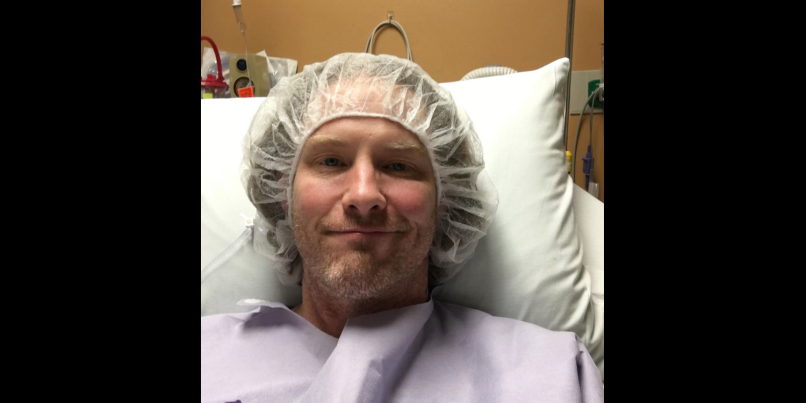 If you’ve ever seen Slipknot live, you know that the band members absolutely destroy their bodies on a nightly basis, given the physical nature of their shows. Singer Corey Taylor is no exception — also fronting the band Stone Sour — and it appears his knees have paid the price.

The vocalist is undergoing double knee surgery today (May 10th), as he revealed on his Instragram page, complete with a photo of himself in the operating room (see below).

This isn’t the first major procedure for Taylor, who had spinal surgery in 2016, explaining that he had basically broken his neck years earlier without realizing it.

Taylor won’t have much time to recover, as Slipknot are scheduled to hit the road in support of their as-yet-untitled new album, due August 9th.

The band is scheduled to perform on Jimmy Kimmel Live on May 17th. After that, they’ll embark on a European tour in June, and their “Knotfest Roadshow” North American trek with Volbeat, Gojira, and Behemoth in late July. Pick up tickets to Slipknot’s upcoming shows here.