The Sopranos house hits the market for $3.4 million

Own a piece of television history 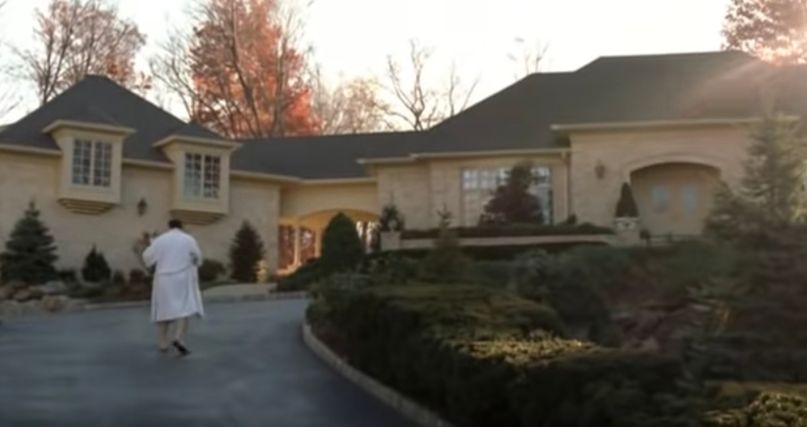 20 years ago, HBO changed television forever with the debut of their long-running hit series The Sopranos. Now, decadently wealthy fans can own a piece of history, as Tony Soprano’s home in the show is currently on the market in real life.

The house, which served as the the Soprano clan’s home base throughout the program’s six seasons, is up for grabs starting at a cool $3.4 million dollars. The price includes the 5,600-square-foot home, including four bedrooms, four baths, and two two-car garages, as well as a detached one-bedroom guesthouse, all of which are situated on a 1.5-acre lot.

(Read: 20 Years Later, The Sopranos Is the New American Tragedy)

Located in North Caldwell, New Jersey, the property is being sold by the Recchia family, who has lived in the for over three decades. However, the owners are certainly making use of the home’s association with the Emmy-winning show, as comparable houses in the neighborhood have sold for $1.5 to $2 million dollars. As Victor Recchia told The New York Times, “I don’t think you can quantify the intrinsic value of this home,” and went on to offer anecdotes about the many Sopranos fans who regularly make a mecca to the iconic property. The family has set up a hilariously on-the-nose email account to field offers and inquires at sopranoshouseforsale@gmail.com.

In other Sopranos related news, the prequel headed series creator David Chase seems to be shaping up nicely. Set in the 1960s, the film will feature Michael Gandolfini will take on his late, great father’s role as a young Tony Soprano. Titled Newark (a shortening of its original title The Original Saints of Newark), it’s due out on September 25th, 2020.