The strain was possibly from Owsley Stanley, the Grateful Dead's notorious sound engineer 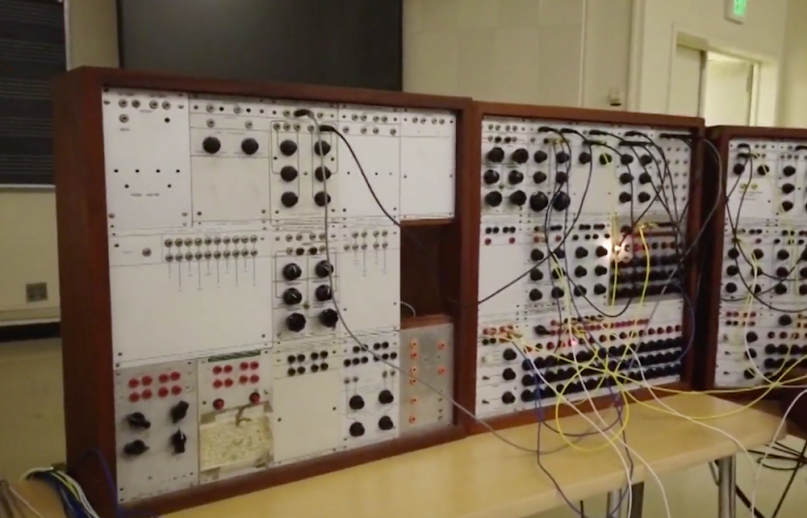 What would you do if you found a 50-year-old dose of LSD laying around? If you’re Eliot Curtis, the Broadcast Operations Manager for KPIX Television, you get high on acid… accidentally.

Curtis recently undertook the project of restoring a vintage Buchla Model 100 modular synthesizer. According to San Francisco KPIX 5, the instrument had been sitting in a cold, dark room at Cal State University East Bay since the 1960s, so he lugged it home and began repairing it.

After opening a red-paneled module on the synth, he noticed there was “a crust or a crystalline residue on it.” Naturally, he did what any person tasked with fixing up an old instrument would do: spray some cleaner on it, pick at the residue with his finger, and try to dislodge it by scratching it off. But 45 minutes later, he started to feel some tingling. It was the start of a nine-hour acid trip.

Three individual chemical tests identified the substance on the synth as LSD. An anonymous LSD researcher explained what happened. It turns out that when stored in a cool, dark place, LSD can remain potent for decades. On top of that, there’s written evidence from Albert Hoffman, the first person to ingest LSD, that he believed it could be ingested through the skin.

What was LSD doing on the instrument in the first place? Nobody knows, but there’s plenty of theories. Look no further than Don Buchla, the instrument’s inventor. Not only was Buchla part of the ’60s counterculture at large, but his synths ended up on an old school bus purchased by LSD advocate Ken Kesey and his followers in 1966. During Kesey’s acid tests at Winterland on Halloween, electronic sounds interrupted an interview with Kesey. Additionally, Buchla was a friend of Owsley Stanley, the Grateful Dead’s sound engineer and an infamous manufacturer of an extremely pure strain of LSD.

Those looking for a similar experience will have to look elsewhere. Curtis finished cleaning the vintage Buchla model for good — and this time around, he made sure to wear gloves.