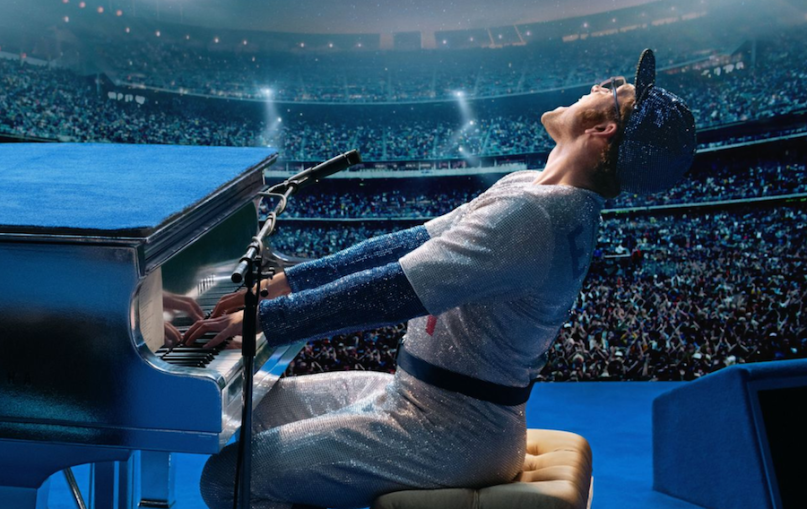 Taron Egerton has already demonstrated he can go toe-to-keys with Elton John, and now he’s proving he can hold his own. Ahead of the release of the forthcoming biopic Rocketman, Paramount and Interscope have shared the music video for Egerton’s rendition of the classic title track, “Rocket Man”.

The clip focuses on Egerton singing in a studio while interpolating scenes from the movie. It wraps with a look at John’s iconic Dodgers Stadium performance from 1975, which looks to have either been reshot or digitally manipulated to make it appear as if Egerton is belting the track as he makes his entrance. Check out the video below.


Described as an R-rated “musical fantasy” as much as a biopic, director Dexter Fletcher’s Rocketman blasts into theaters on May 31st. Jamie Bell, Richard Madden, and Bryce Dallas Howard also star. Ahead of the premiere, Interscope will release the soundtrack on May 24th.

Elton John, meanwhile, is currently in the midst of his massive “Farewell Yellow Brick Road Tour”, tickets for which you can find here.

Previous Story
Devin Townsend on Nickelback’s Chad Kroeger: “He is almost more like a scientist than he is a rock musician”
Next Story
Deep Purple accountant headed to prison for stealing nearly $3 million from the band
Popular
More Stories
[fu-upload-form form_layout="media" title="Submit Your Photo"][input type="hidden" name="ugc" value="1"][/fu-upload-form]