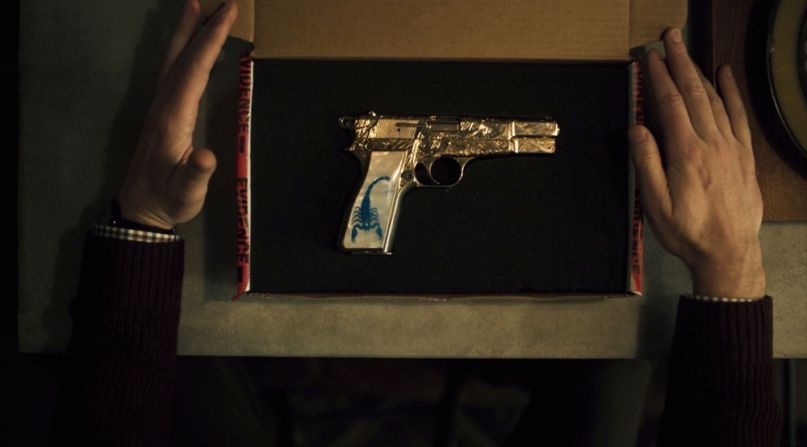 Jordan Peele's The Twilight Zone courtesy of CBS All Access

“As long as objects are valued more than lives, tragedy will forever be manufactured.”

Greetings travelers and welcome to The Fifth Dimension.

The latest chapter of Jordan Peele’s The Twilight Zone tells the story of professor Jeff Stork (Chris O’Dowd), a man whose crumbling life begins to change when he discovers the seducing powers of his dead father’s gun, “The Blue Scorpion.”

Stream the episode above and be sure to rate and review us on your preferred platform. Then stay tuned next week for this season’s final installment of The Fifth Dimension as we discuss “Blurryman”.

–Previously on The Fifth Dimension: Jordan Peele’s The Twilight Zone Tackles Immigration in the Incredibly Strong “Point of Origin”