by Nina Corcoran and Alex Young 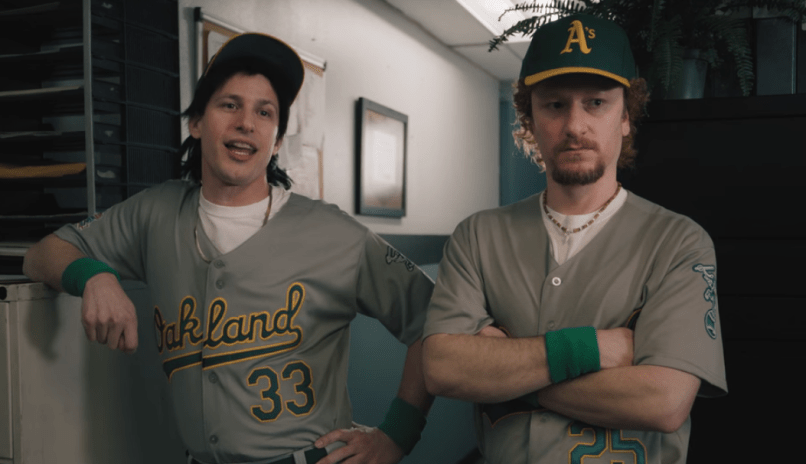 The Lonely Island as The Bash Brothers

It’s strange to think that the guys of The Lonely Island can be so busy yet still find time to make new work. Andy Samberg just wrapped up the sixth season of Brooklyn Nine-nine, Akiva Schaffer is directing a film adaptation Chip ‘n’ Dale: Rescue Rangers, and Jorma Taccone is busy with his new comedy series Miracle Workers.

Last we heard from them as a group, the musical comedy trio had announced their first-ever US tour, debuted a new song onstage, and collaborated with Beck and Robyn on “Super Cool”, a song for The Lego Movie 2: The Second Part. That’s not even including their production work on shows like Pen15 or their in-the-works spoof of the Fyre Festival documentary with Seth Rogen. Yet there’s always more in the works.

(Buy: Tickets to The Lonely Island’s First-Ever US Tour)

“In 1988, Major League Baseball was set aflame by Jose Canseco and Mark McGwire, aka The Bash Brothers,” the film’s opening title card reads. “They were known for their towering home runs and mind-bending play, but what many don’t know… Is that they recorded an album… of raps.”

The film is now streaming in full on Netflix. The companion soundtrack is available on Spotify and can be heard below.