Bixler-Zavala says the band is in the studio 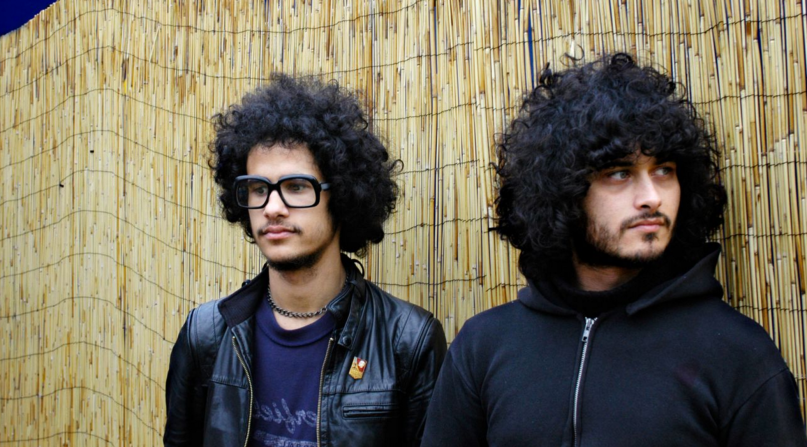 Early Saturday morning, frontman Cedric Bixler-Zavala hinted at the band’s impending comeback in a tweet. Responding to a fan who said “I dream with you guys giving TMV a new chapter,” Bixler-Zavala replied, “It’s happening.”

Bixler-Zavala’s proclamation follows a tweet earlier in the week in which he seemed to insinuate that The Mars Volta were in the studio. “We are in the kitchen finding new ways to through curve balls,” he wrote in response to another fan who asked if The Mars Volta would ever consider a De-Loused In The Comatorium tour.

But I tell you what. We are in the kitchen finding new ways to through curve balls.

What’s more, earlier in the month Bixler-Zavala revealed he was in the studio with Mars Volta bandmate Omar Rodríguez-López, who he affectionally referred to as “Puerto Rican Bernie Sanders.”

Man !!!! WTF ! I miss their bikini kill opening slot then I find out they played a wrestling event last night!?! To be fair I was in the studio working on music w the Puerto Rican Bernie Sanders. https://t.co/7pVE8vsLLw

The Mars Volta broke up in 2013 after Bixler-Zavala and Rodríguez-López had a falling out. “What am I suppose to do be some progressive house wife that’s cool with watching their partner go fuck other bands?” Bixler-Zavala said at the time. “The falling out had been four years in the making, so the final announcement on my part was really just to let the children know that Mom and Dad were splitting up.”

Just a year later, however, the longtime collaborators made amends, attributing their feud to a small disagreement between brothers that played out in the public eye. They subsequently formed a new band, Antemasque, and reunited their pre-Mars Volta outfit, At-the Drive-In.

Bixler-Zavala first teased the inevitable return of Mars Volta back in February, when he told a fan that “we will be back soon.” Their last studio album came back in 2012 with Noctourniquet.

Previous Story
Alien Turns 40: Tom Skerritt on Believing In Ridley Scott and Why Women Are Stronger Than Men
Next Story
Stone Cold Steve Austin is getting a talk show, give him a hell yeah
Popular
More Stories
[fu-upload-form form_layout="media" title="Submit Your Photo"][input type="hidden" name="ugc" value="1"][/fu-upload-form]