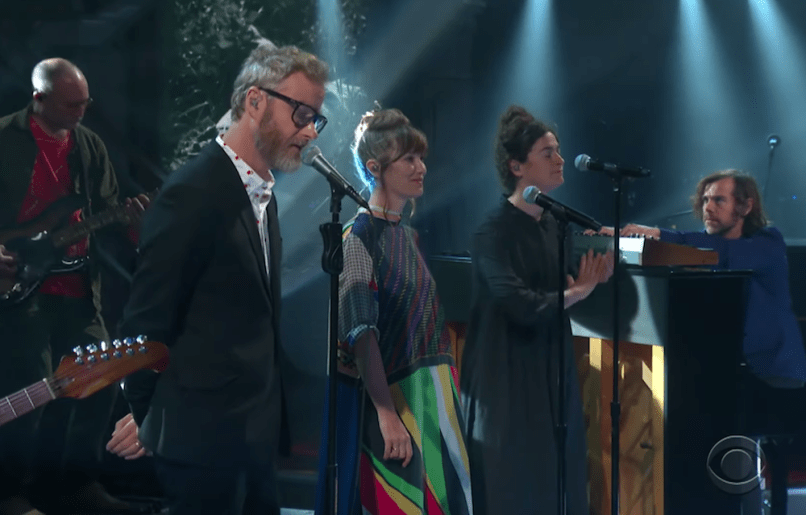 The National on Stephen Colbert

The National released their eighth studio album, I Am Easy to Find, earlier this month. In support, they’ve since delivered up “You Had Your Soul with You” on Colbert. On Thursday night, the indie rock veterans returned to The Late Show with another single in hand.

Matt Berninger & co. performed “Rylan” for the crowd, and their robust rendition featured a number special guests. In addition to a string ensemble, the band was joined by vocalists This Is the Kit, who’s toured extensively with The National and released albums through their Brassland Records, and Mina Tindle, a French singer and wife of The National guitarist Bryce Dessner.


(Read: Ranking: Every Album by The National from Worst to Best)

Grab tickets to The National’s upcoming tour dates over here.

Dessner recently appeared on Kyle Meredith With… to discuss the band’s corresponding I Am Easy to Find film and its director, Mike Mills. Revisit that episode.