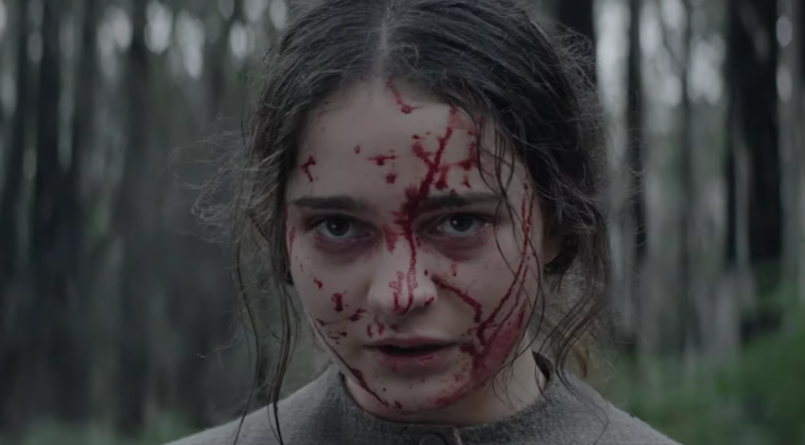 ﻿Hard to believe that five years have gone by since 2014’s The Babadook. Jennifer Kent’s twisted parable on grief and parenting spooked audiences all across the world at the time, and nearly half a decade later, she’s back to singe our nerves again with The Nightingale.

Today, IFC Films released the first trailer ahead of its August 2nd release, and it’s quite a preview. Unlike the demonic metaphor of The Babadook, this foray is a little more straightforward: a bloodthirsty revenge thriller set in the 1800s across Tasmania.

Seeking revenge is rising star Aisling Franciosi, who’s aided by an Aboriginal tracker portrayed by Baykali Ganambarr. Based on the trailer below, this one’s going to get rough with very little mercy to be shown toward the brute British officers.

Set in Tasmania in 1825, Clare, a beautiful 21-year-old Irish female convict (Aisling Franciosi), witnesses the brutal murder of her husband and baby by Hawkins, a British officer (Sam Claflin), and his cronies. Unable to find justice, she takes Billy, an Aboriginal male tracker (Baykali Ganambarr), with her through the hellish wilderness to seek revenge on the men, and gets much more than she bargained for.