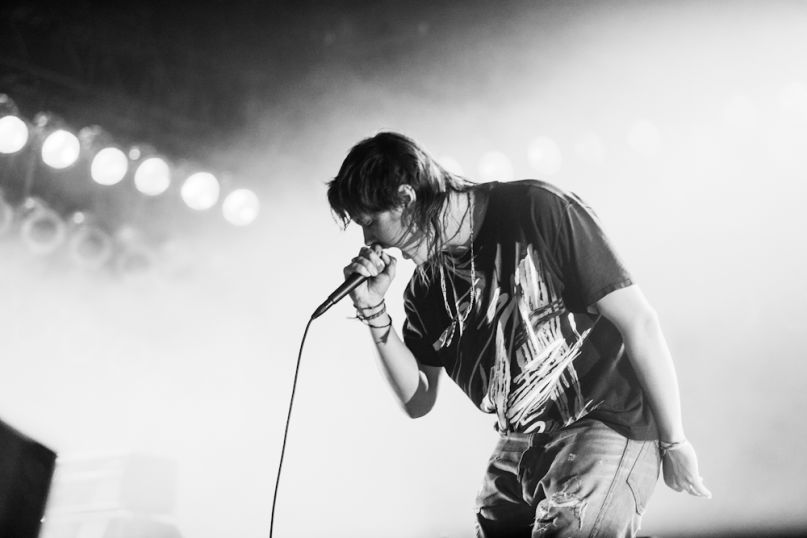 The Strokes, photo by Carlo Cavaluzzi

On Monday, The Strokes took the stage the Wiltern in Los Angeles for their first live performance together in over two years. The New York City alt-rock purveyors headlined this year’s City of Angels, a benefit concert raising proceeds for two homeless organizations in Los Angeles.

The Strokes have added to the repertoire in the time since we last saw them. Most notably, they debuted a brand new song called “The Adults Are Talking”, marking their first new material since 2016’s Future Present Past EP.


Additionally, Julian Casablancas & co. dusted off a trio of songs — “Ize of the World”, “On the Other Side”, and “The Way It Is” — for the first time since 2006. They also debuted a live cover of Erasure’s “A Little Respect”.

Watch fan-captured footage and see the full setlist below.

The Strokes are set to headline New York City’s Governors Ball Music Festival next month, after which they’ll embark on a European festival tour. They’re due back in the US later in the summer for appearances at Chicago’s Lollapalooza and Ohana Music Festival in Dana Point, CA. Get tickets to their upcoming dates here.

Encore:
Is This It
Someday