The Who tap Liam Gallagher, Reignwolf as tour openers

Support on select dates will also come from Arkells, Peter Wolf, and others 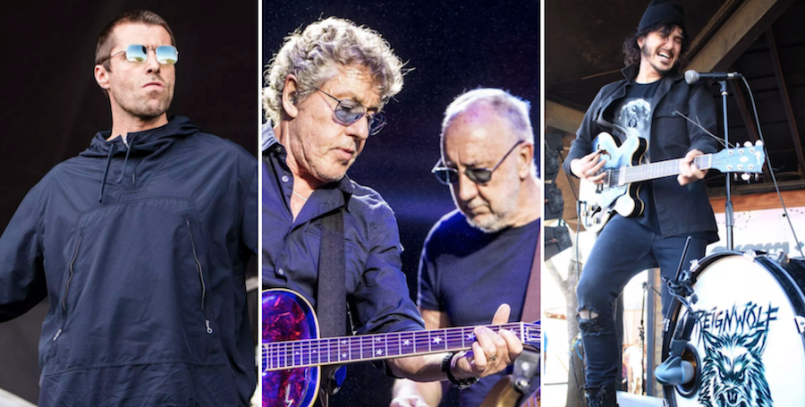 Liam Gallagher, The Who (photos by Philip Cosores), and Reignwolf (photo by Heather Kaplan)

The Who recently kicked off their “Moving On! Tour”, just last night playing at New York City’s Madison Square Garden. The shows see the iconic rockers accompanied by a full orchestra, but now they have revealed some more musicians with whom they’ll share the stage.

The band has tapped fellow British artist Liam Gallagher for a trio of gigs in October: San Diego, Seattle, and Vancouver. Canadian blues rockers Reignwolf will tag along for a number of shows — 12 in all — including Pittsburgh, Saint Paul, Atlanta, Houston, Tampa, and San Francisco.

Peppered throughout the itinerary are a number of concerts featuring one-off supporting acts, including The Hillbenders (Maryland Heighs, Missouri), Arkells (Detroit, Michigan), Peter Wolf (Philadelphia, Pennsylvania), and others. For a complete run down of who’s performing with The Who when, find the complete schedule below. You can also grab tickets here.

(Listen: Discography: A Who Audio Podcast)