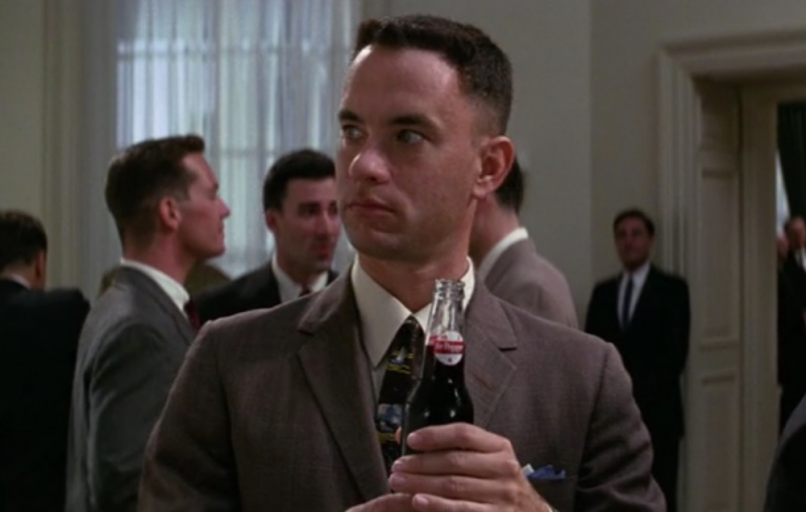 Hollywood celebrities are often treated to major perks wherever they go — be it guest list spots for sold-out concerts, priority access to exclusive events, and boatloads of free goodies. One would think such privileges would extend to the Tom Hanks, Academy Award-winner and recipient of the Presidential Medal of Freedom.

While appearing on the newest episode of Ellen, Hanks relayed a recent incident in which he was actually denied beer at a festival.

Hanks attended the Stagecoach Music Festival in Indio last month to support his wife, Rita Wilson, who was performing. Prior to her set, he roamed the grounds in search of a “nice bucket of suds,” but ultimately came up empty-handed as he was turned away by vendors.

(Read: The Top 10 Baseball Films of All Time)

According to Hanks, four vendors claimed “we can’t [serve you beer] because your ID has not been verified.” “You need to go somewhere over there… ,” he said they told him, “to a stand where you give them your ID and verify that you’re old enough to have a beer.”

Though shocked by the refusal — Hanks is 62 years old — the actor took the whole thing in stride and commended them for sticking to the drinking policy. He also said he jokingly attempted to bribe them. “You will come to the Toy Story premiere with me!”

We’re assuming Hanks instead enjoyed one or 15 bottles of Dr. Pepper.

Watch the funny segment below (scroll to the 3:00 mark).

Here’s Hanks at Stagecoach with wife Rita, looking very much over the age of 21: