Will the film center around Mister Miracle? 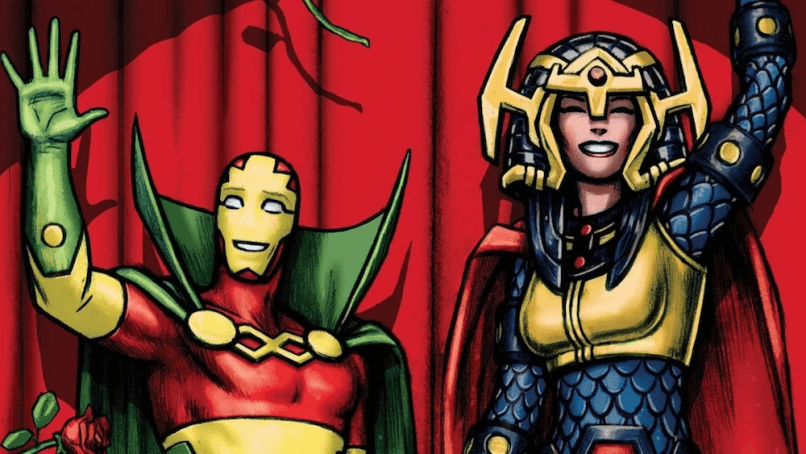 It looks like Tom King gets to add another cool job to his resume. The beloved comic book writer and ex-CIA officer penned DC Comic’s Mister Miracle, is currently writing DC’s Batman, and won a 2018 Eisner Award for Best Writer for his work on both. Now, he gets to co-write The New Gods screenplay with renowned filmmaker Ava DuVernay.

We were already excited that DuVernay was tapped as the director for New Gods, but this news of a stacked screenplay duo bodes well for the always questionable DC Extended Universe. Not only do DuVernay’s imaginative visuals in A Wrinkle in Time position her as a perfect fit to create fantastical imagery in New Gods, but King’s work on Mister Miracle will obviously steer the script in a faithful direction given the character is rumored to be a main focus in the film.

The two seem genuinely excited to work together. DuVernay took to Twitter to share a picture of them smiling and tease the good news. “Hey @TomKingTK,” she wrote. “Ready to write NEW GODS, buddy? A. ✨✨✨”

Comic book fans who are unfamiliar with New Gods will likely fall for it quickly. For starters, it follows dozens and dozens of characters — Justice League villain Steppenwolf, Orion, Big Barda, Mister Miracle, Metron, Glorious Godfrey, Devilance the Pursuer, Desaad, and more — living in a realm beyond space and time called the Fourth World. This place is occupied by the twin planets New Genesis, a utopia ruled by the Highfather, and Apokolips, a hellscape ruled by Darkseid.

With such a vast collection of heroes and villains at their disposal, DuVernay and King could write an entirely new universe within the DCEU. Perhaps starting fresh with old characters would be best. DC Films has been flailing in the wake of the financial and critical failure of their recent films. Who better to liven things up than an esteemed director who can explore the underrepresented viewpoints of women and people of color, and a buzzed-about comic writer who’s only been growing in popularity?