The title is “a play on pussy power, but it’s a happy, positive way of seeing it” 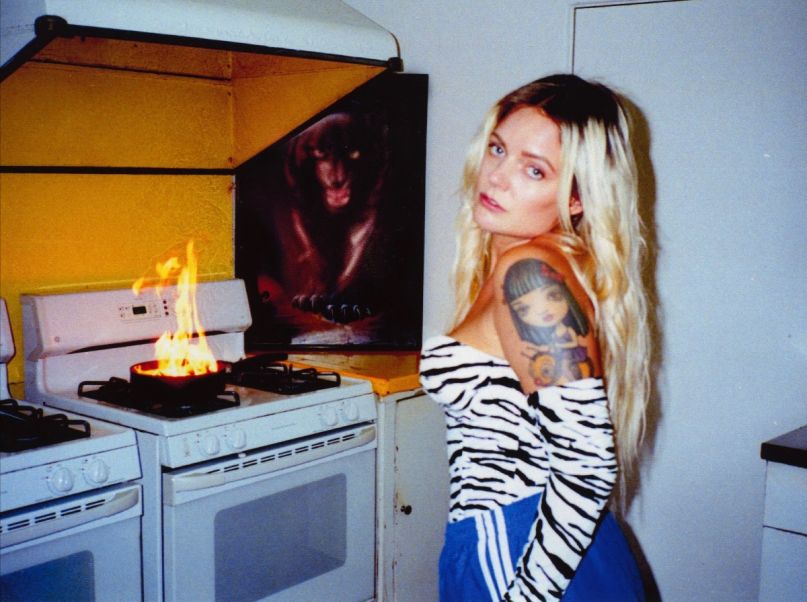 One of Sweden’s favorite pop stars is back, and she’s ready to mark her return with a catty new album.

Tove Lo just announced her fourth full-length, Sunshine Kitty, is on the way. She recorded the album between Los Angeles and Sweden. It supposedly represents a new chapter for her that’s ushered in by a wave of confidence, wisdom, and ample time. According to a press release, the title is “a play on pussy power, but it’s a happy, positive way of seeing it.” It’s due for release later this year. Update: Sunshine Kitty is out on August 20th.

With the news comes lead single “Glad He’s Gone”, a self-assured breakup song. In it, Lo nestles up to a low-key rap beat with pop production while cheering on a best friend who ended a relationship. “We’ve all been on both sides of the break up pep talk with our friends, and we all know how good it feels to get your partner in crime back when they finally leave that idiot behind,” she says in a press release. Check it out below along with the song’s video.

While there’s no release date, tracklist, or artwork for Sunshine Kitty available yet, Lo did share a description of what went into the songwriting process — or rather, what went into the process of growing up. She breaks down why it took her a while to feel comfortable with the uncomfortableness of being human, being a transparent musician, and what the point of writing songs is for her.

“When I did Lady Wood, I was in a place of being scared,” she explains in a press release. “I had vocal surgery only a year before. I’d been singing since I was 14-years-old. I went through this operation in the middle of everything, and I felt like I had to start over. I was constantly worrying if my voice was okay. It took a long time to feel at home with it again. I was getting through a heartbreak and acclimating to a new life in the spotlight with people changing around me. I‘ve finally landed in a place where there are some of the usual challenges, but I feel more at home in the weirdness of what it means to be a person who puts her heart on paper for everyone to listen to. I understand why I need to express what I need to a little more. I’m vulnerable, but I’m not angry. It’s the same emotional honesty — yet happy.”

Check out the artwork for “Glad He’s Gone” below. Supposedly, the cartoon cat featured on the artwork is an extension of Lo and part of the new music. “She’s super cute, but she does stupid shit like getting in fights and getting fucked up,” says Lo. “It’s how I feel the album sounds.”