TRACE reveals Origins of new song “All My Friends”: Stream 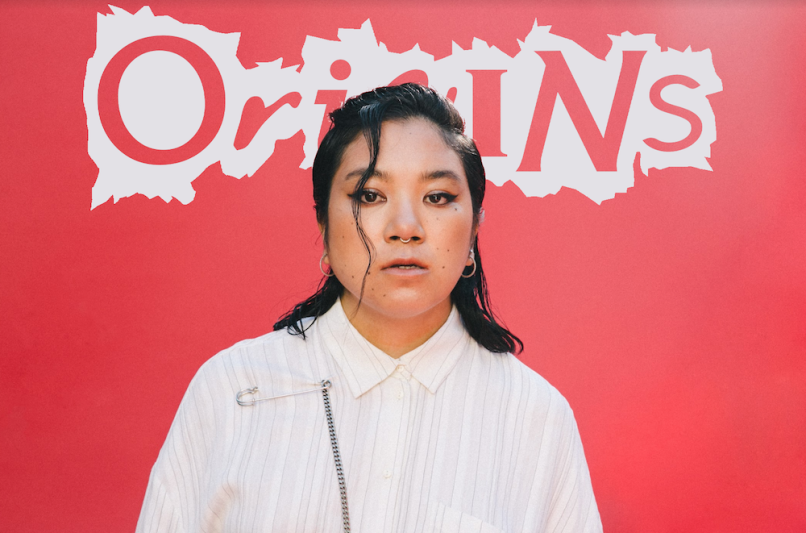 Origins is a recurring feature that provides artists an opportunity to dissect the various inspirations behind their latest release.

Nothing tests the solidity of a bond like hardship and change. Whether you’re switching jobs or neighborhoods, starting a family or breaking up with a partner, cutting out cigarettes or taking on a new hobby, it’s the ebb and flow of life that usually weeds out the passing acquaintances from the ride or die loyalists. For California artist TRACE, her launching of her alt-pop music career has been the litmus test for her friend group.

After first working as a magazine editor, the Orange County-bred TRACE headed for the City of Angels to chase a dream like that of her mother, Carol Kim, often referred to as the Tina Turner of Vietnam. TRACE fully immersed herself in the entertainment biz and released her debut EP, Low, in 2016. It was then that she really got the chance to reflect on her transformation and take stock of those who chose to stick around and be part of it.

TRACE’s ruminating eventually birthed “All My Friends”, a new song which Consequence of Sound is premiering today. The track both celebrates lasting friendships, as well as talks about just how hard it is to consistently cultivate the intimacy necessary to maintain them — especially in the age of social media.

“Restless, I just need a mirror and have the guts to say/ It all to my face/ That it’s OK to change,” she sings in the opening verse. TRACE, whose tangible longing and love for chilled out and hazy sad pop has garnered her comparisons to Lana Del Rey, desperately needs emotional support and a fresh outsider perspective from her pals. “There’s nothing wrong with you, I wanna hear them say/ Cuz I find myself losing sleep/ I get in my own way.”

“All My Friends” comes ahead of TRACE’s sophomore EP, which is due out later this year via Ultra Music. Speaking to CoS, she explained the song’s meaning in her own words,

“It signifies a reflection on the power of relationships in my life. Throughout the process of writing songs over the past 2 years, I’ve spent a lot of time thinking about the relationships we keep and why we keep them — how many are life-giving and honest? It’s interesting that we’re living in a world ruled by social media, events, and networking, yet at times we feel lonelier than ever, and connections feel more draining and less enjoyable. There’s a resounding realization that while our access to people/friends feels limitless and technically easy, it’s actually very difficult to cultivate true intimacy. True intimacy requires trust and commitment and oftentimes I feel like we take one, leave the other, or vice versa. Who really shows up when you need them to? So, with All My Friends, I want to ask the listener, WHO ARE YOUR FRIENDS? because I’m learning the answer is a direct mirror of the person we are.”

TRACE also went into detail about the specific inspirations that led to the track, which include her LA digs, a Roland Juno, and the feeling of loneliness.

When I moved here after living in San Diego for a hot second, I felt transported into a new world. LA’s energy is so distinct and specific, but I never thought it would be an actual city of dreams for me. Part of “All My Friends” gives nod to the city and what it’s done for/to me — including helping me realize that I wanted to do music. It has changed me and my relationships in a good way.

I’m always curious about relationships in general. A big undertone of “All My Friends” is the power of social media and how it feels so easy to keep in touch with friends or to make new ones, but are they really your friends? I think being in an age of dense connection, it can be hard to cultivate actual, authentic relationships.

When my producer (Bram Inscore) was playing on his Roland Juno, the first few notes he played felt like the perfect, captivating intro for this song. There is a sound that resonates with the elemental emotion that “All My Friends” embodies: dreaminess meets loneliness. The synthesizer is known from an earlier era of house music, so you can hear an energy throughout the song while also feeling its depth. The entire track, but especially the intro, felt signature to me and that was kind of a goal.

When I was moving to LA, people from home, school, etc. would tell me I was “living the dream.” It can be a very lonely thing to do, something most people can’t personally relate to. Yet it can also be a lonely thing to feel that way around those who can. Our lives are in constant motion, always changing and dreams and priorities can shift. It can all feel pretty lonesome.

Obviously “All My Friends” is about friendship, but it also focuses on intimacy. Whether you’re pursuing people or letting go, intimacy affects how we operate in our relationships and I think even how we see ourselves. We need our friends and people, but we also desperately need actual intimacy. And that means having trust AND commitment. I wanted to ask the listener, who are your friends? Can you actually depend on them? Is there a foundation in your relationship that gives you life or does it makes you feel phony/unknown?