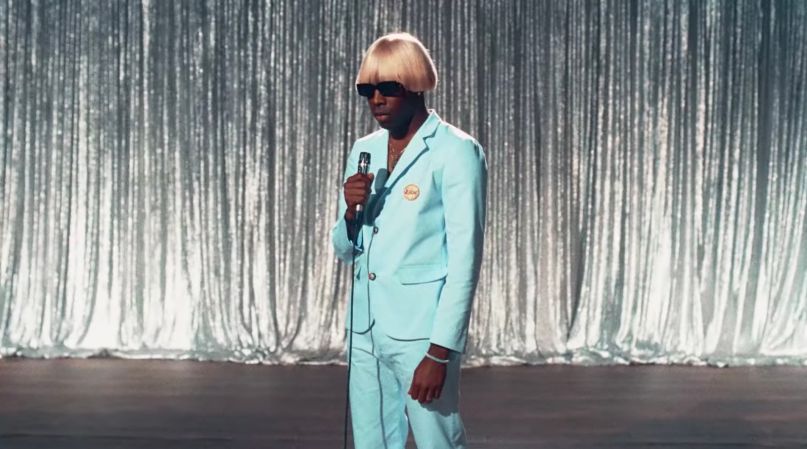 Framed as an appearance on a retro television show, Tyler is joined by Black-ish star Tracee Ellis Ross, who serves as the program’s painfully awkward host with a strict no-smoking policy. Dressed in a powder blue suit and blonde bowl-cut wig, Tyler similarly leans into the uncomfortable dynamic, offering up long pauses before his monosyllabic replies. As the video continues, Ross’ warnings gain weight as Tyler and the studio catch ablaze.

Though Playboi Carti, Dev Hynes, and Charlie Wilson all appear on the track, none show up in the clip. Watch for yourself below.