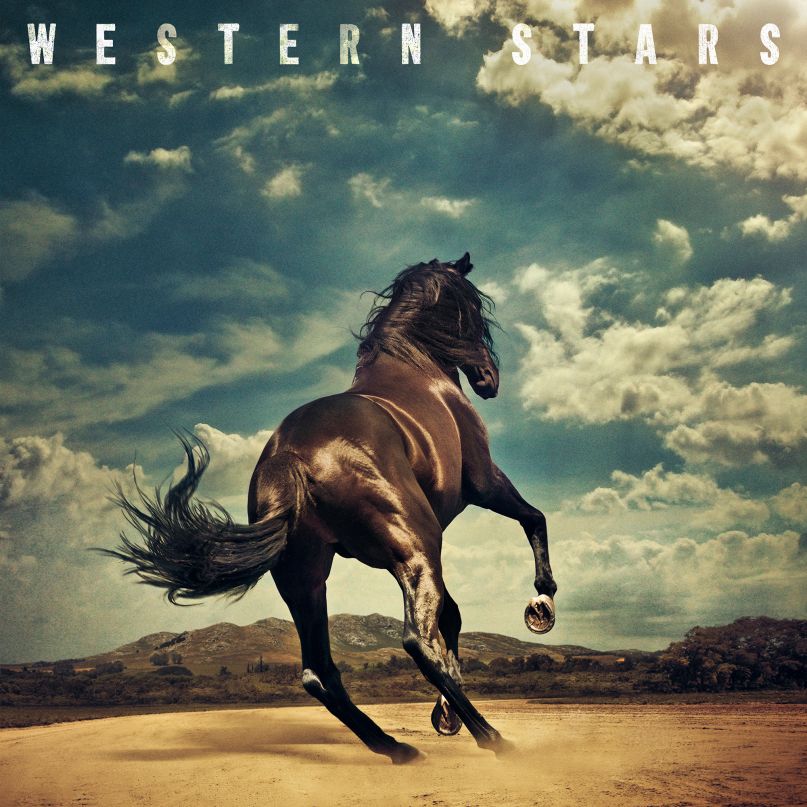 The Lowdown: The most disappointing thing about Bruce Springsteen’s last proper studio album, 2014’s High Hopes, was that it didn’t feel like a proper studio album at all. A loose assemblage of covers, unreleased tracks, and new versions of already-existing songs, the LP amounted to little more than a collection of odds and ends. While that could be considered a concept in itself, it still felt middling next to the mighty protest music of Wrecking Ball, the barnstorming folk of We Shall Overcome: The Seeger Sessions, or any of The Boss’ other output from the 21st century.

Chalk it up to writing an autobiography, performing a Broadway residency, or just the plain, old passage of time, but Western Stars sees Springsteen returning to his mastery of the long form on wax. His 19th album is unmistakably just that — an album with the consistency in theme and tone drawn from a gentler source of inspiration than ever before: the California pop of the ’60s and ’70s.

But because it’s Springsteen, both the arrangements and the character-driven stories possess a cinematic sweep that’s far more dramatic than the music of his reference points Glen Campbell and Burt Bacharach. A simple day in the life of a drifter becomes epic thanks to the constant swell of strings on opener “Hitch Hikin'”, and even though the next track, “Wayfarer”, depicts an almost identical narrator, it stands out for its acceleration in momentum. Here, Springsteen powers the orchestration with the E Street staples of organ, palm-muted guitar, and sun-dappled piano from actual former E Streeter David Sancious. His wife and frequent collaborator, Patti Scialfa, lifts the song even higher with her arrangement of celestial backing vocals.

The Good: Geographically, Western Stars is closest to The Boss’ last solo(ish) record, 2005’s Devils & Dust. But where that album turned its gaze toward Southwestern people and places to convey a sense of despair or — at the very best — resignation, Springsteen’s latest is rife with second chances that might actually work out. The protagonist of “Tucson Train” may be struggling with a pill addiction, but the joyous clatter of steam-engine percussion and horns that sound birthed from the Grand Canyon are enough to convince me that he and his life partner are going to be alright in their new town. That goes double for the World War II vet who opens a restaurant outside of San Bernardino in “Sleepy Joe’s Café” and the loner who vows to stop fetishizing their own misery in “Hello Sunshine”.

With all the lush classicism and narrative contentment, it would be easy for Western Stars to become overly saccharine by the end of its 50-minute runtime. But Springsteen wisely keeps the instrumentation sparse and somber in a handful of stories (namely the music-industry breakup “Somewhere North of Nashville” and the lovelorn closer “Moonlight Motel”) and ensures that not all of the album’s happy endings are quite so grandiose. In a brace of Hollywood-themed songs, two lifelong showbiz jobbers are thankful just to be alive and still getting to do what they love. “I wake up in the morning just glad my boots are on,” whispers the title track’s narrator. Being a bit player in cowboy movies, he goes on to wax nostalgic about the time John Wayne shot him onscreen, thus giving a second meaning to the words “Western Stars”. Likewise, the title character of “Drive Fast (The Stuntman)” still manages to find romance within a reckless mantra of “Drive fast, fall hard.”

The Bad: While there’s not a weak track on Western Stars, the accordion rave-up of “Sleepy Joe’s Café” might ring a touch too whimsical for anyone who hoped another Springsteen solo effort would mean a return to the haunted prairies of Nebraska and The Ghost of Tom Joad.

The Verdict: Despite the lower volume, Bruce Springsteen sounds positively invigorated on Western Stars. With a new sonic palette and renewed focus on the LP as a means of writing short stories, it’s easily his best album of new material since 2007’s Magic. Who says optimism has to be boring?