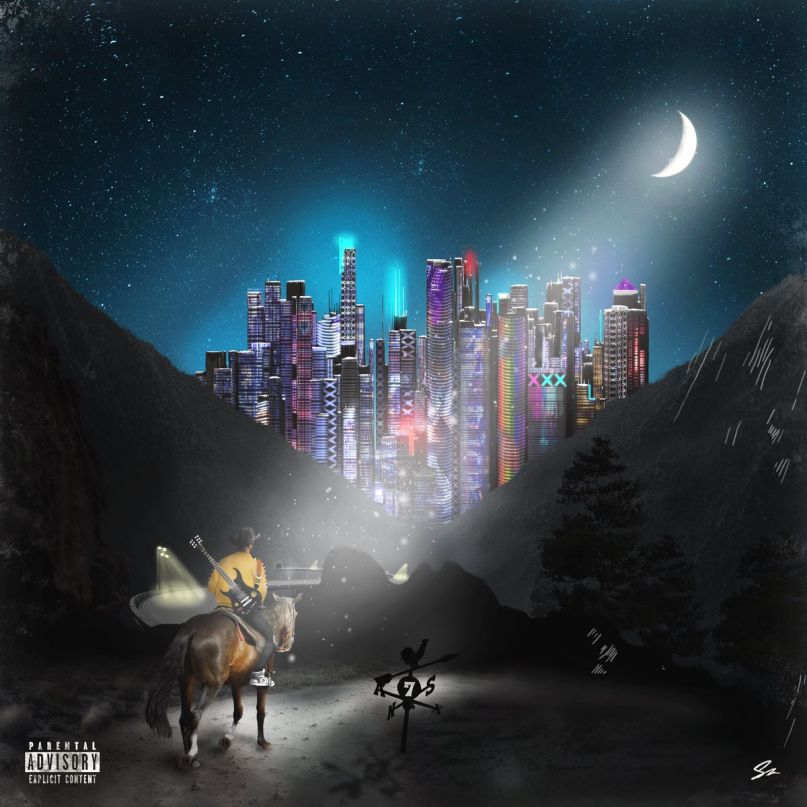 The Lowdown: In case you fell asleep four months ago and have just now woken up, Atlanta rapper Lil Nas X became a divisive figure in March when his country-trap breakout hit, “Old Town Road”, was pulled from Billboard’s Hot Country Songs chart for “not embrac[ing] enough elements of today’s country music.”

This move from Billboard attracted ire from social media, prompting Billy Ray Cyrus to become a featured artist on a remix of the track. Since this remix dropped in early April, “Old Town Road” has enjoyed an uninterrupted presence on the charts. As of writing, it has been No. 1 on the Hot 100 for 11 weeks and has outperformed singles from the likes of Billie Eilish, Ed Sheeran, and Taylor Swift.

So, where does Lil Nas go from here? Will he be a one-hit wonder, or will he be a constant force in the mainstream? His major-label debut, 7, is a crucial nexus in his career, and depending on how its reception pans out, either one of these scenarios could happen.

The Good: Lil Nas has a gift for writing short, infectious earworms. When tracks such as “Panini” and “Rodeo” (the latter featuring Cardi B) arrive at their conclusions, they leave a void in the listener that can only be filled by playing the tracks again and again. The latter cut has Dick Dale-quality backing instrumentals, complete with a reverbed staccato guitar riff and “surf trumpet,” which shows Lil Nas continuing his famous country-trap fusion.

Despite his status as a meme, Lil Nas paints his fame in an impressively nuanced light. “Kick It” expounds on how old friends started brownnosing in the immediate aftermath of him going viral while “Bring U Down” delves into the perspective of those who have actively rooted for his demise. This EP is sandwiched (or rather, panini’d) with the Cyrus remix and the original version of “Old Town Road”, and while some may perceive such bookending as beating a dead horse, starting the EP with the career-defining remix and ending it with its humble blueprint displays an implicit effort for Lil Nas to stay down to earth.

The Bad: Travis Barker produced “F9mily (You & Me)”, which did Lil Nas no favors. The track’s saccharine production reaches its nadir by the bridge, which sounds like something from a Fall Out Boy or Imagine Dragons song. More perplexing is that Barker, an enormously respected drummer, decided to forego the use of analog percussion in favor of crafting digital snares with a needlessly low pitch. “Bring U Down” is the only other rock song on this EP, and even its producer (Ryan Tedder of OneRepublic) used analog drums and managed to make the song more cutting edge. How does that happen?

The Verdict: Lil Nas clearly doesn’t want to be pigeonholed, and no generic slumps on this EP can’t be fixed with trial and error, but will the mainstream even give him that chance? It’s likely. When the EP reaches its valleys, the catchy hooks and Lil Nas’ charisma are both a saving grace. When it reaches its peaks, there are certifiable bangers that are impossible to listen to only once. 7 is musical Chex Mix — lightweight and best consumed in selective increments, but also strangely addictive.

Previous Story
What Ever Happened to the Cast of Honey, I Shrunk the Kids?
Next Story
Danny Boyle confirms 28 Days Later sequel: “Alex Garland and I have a wonderful idea”
Popular
More Stories
[fu-upload-form form_layout="media" title="Submit Your Photo"][input type="hidden" name="ugc" value="1"][/fu-upload-form]