An inviting, intriguing collection of tales with enough enigmas to demand extra spins 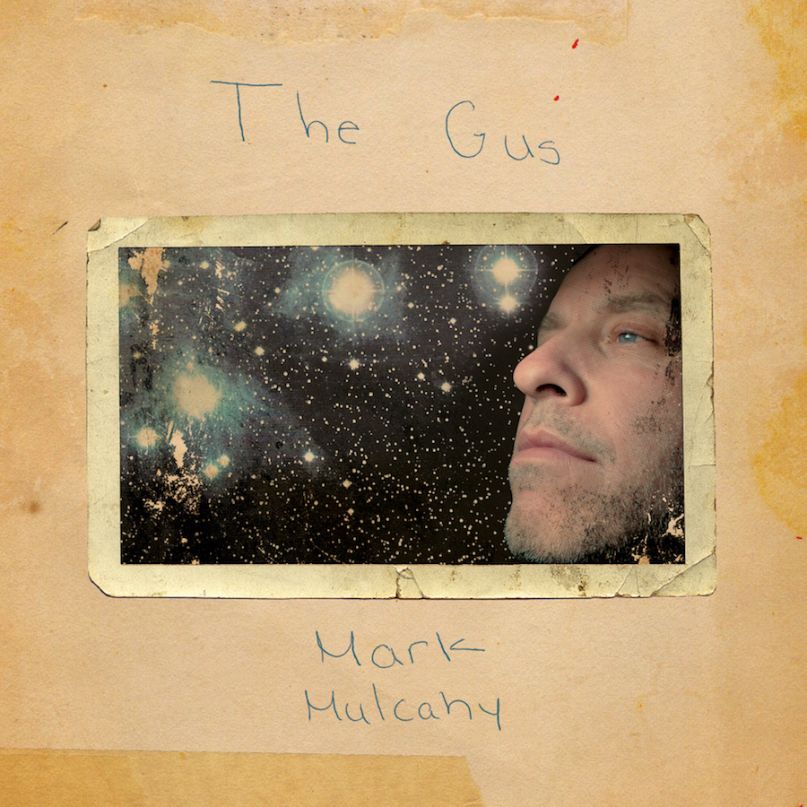 The Lowdown: Near the end of a 2017 article for Powell’s detailing a playlist inspired by his novel Lincoln in the Bardo, author George Saunders says this about music: “Though I can’t imagine making great music, I can hear greatness when it’s there. Then I try to construct, by extension, a parallel beauty in prose.” The reverse seems to be true for Mark Mulcahy; after years of honing his brand of jangly indie rock as the frontman of Miracle Legion and Polaris, Mulcahy decided to “up his lyrical game” after reading one of Saunders’ collections. The result is The Gus, an album of 10 “little stories” told in Mulcahy’s own familiar voice.

The Good: The Gus arrives at the end of a well-earned decade of reemergence for Mulcahy, who spent the ’10s reuniting his two cult-famous bands and restarting the solo career that was put on hold after the death of his wife in 2008. Given that, the album also comes with naturally lower stakes than 2013’s solo comeback, Dear Mark J. Mulcahy, I Love You, or even 2017’s Miracle Legion live album, Annulment. Mulcahy uses that freedom to his advantage, delivering a concise collection of small-ball indie rock that only someone with his veteran ear could produce.

The best songs on The Gus come on delicately and deliberately, with an ease that gives everything – from the harmonica on opener “Wicked World” to the shimmering guitars on “Taking Baby Steps” – its moment in the spotlight. Much of that comes down to the production work of Mark Seedorf, who infuses each track with a crisp spaciousness usually reserved for intimate live audiences. When it all comes together, as it does on tracks like “Happy Boat”, it produces songs that are radio hits in an alternate-reality version of 1994.

As stories, the songs on The Gus mostly succeed as well, usually with a current of cryptic unease just below the surface. Opener “Wicked World” is a new kind of murder ballad, one that finds Mulcahy and guest vocalist Rain Phoenix weaving a haunting tale of a killing spree that’s as beguiling as it is stark. “Later for the Box” channels Randy Newman in its I-do-this, I-do-that tale of a mysterious package, and the mild psych bop of “Daisy Marie” belies the title character’s blythe bloodthirstiness. They’re not quite Saunders-grade, but few things are.

The Bad: The Gus isn’t without its missteps and missed opportunities. Though its intentions are noble, throwback pro-pot anthem “People:Beware” sticks out for all the wrong reasons, landing like the kind of song a dad would write with the express objective of embarrassing his teenage child. The same goes for “Mr. Bell”, Mulcahy’s attempt at wrestling with the Trump era. Singing in a lower register than usual, Mulcahy tries to get inside the minds of the President’s supporters, but the predictably joyless results mostly just sound like someone playing a 45 at the wrong speed. Also, J. Mascis of Dinosaur Jr. guests throughout on this one, but you’d be forgiven for not noticing; a brief droning solo on the otherwise pleasant “I Won’t Tell Anyone but You” and a decent feature role on closer “What If I Go Off with Bob?” result in a surprisingly anonymous appearance from the indie guitar god.

The Verdict: Despite those dips, The Gus is essential listening for Mark Mulcahy’s core constituency, which these days consists of ex-college radio DJs and anyone who still owns DVDs of The Adventures of Pete & Pete. First-timers are welcome, of course; as with nearly every record Mulcahy’s made in over the last three decades, The Gus is inviting, infectious, and peppered with just enough enigmas to warrant another spin. A musician producing quiet middle-aged microfictions in the midst of a welcome second act? Maybe George Saunders should write a story about that.