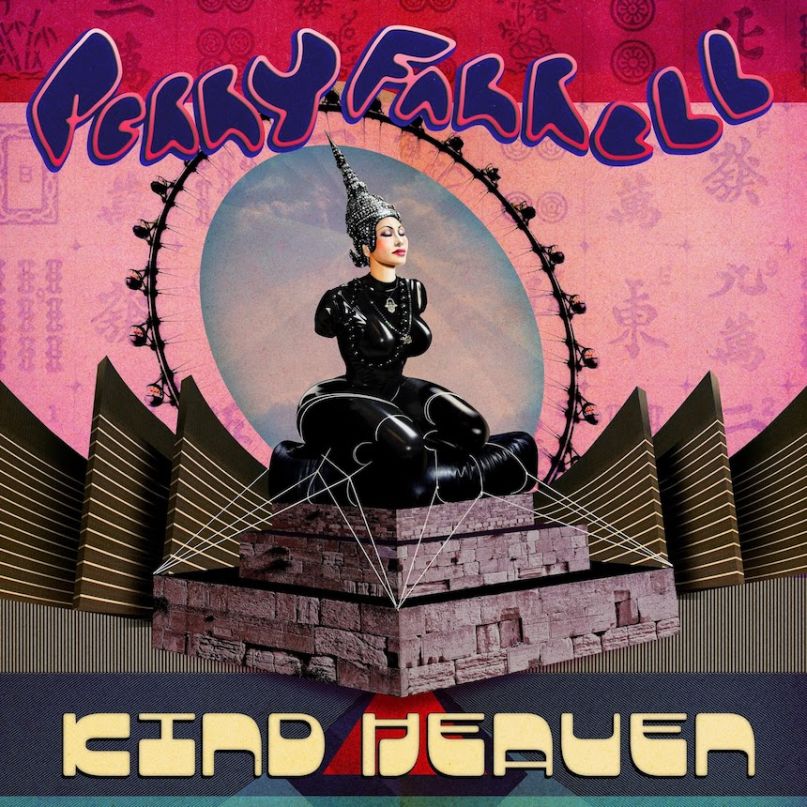 The Good: Farrell takes on a rather bold manner of production in recording this album, and he attempts to pull off a Mr. Bungle-esque infusion of styles in an affront to the complacency that his contemporaries would likely gravitate towards. Bombastic or not, the gall is admirable. When Farrell’s wife, Etty Farrell (nee Lau), contributes vocals on tracks such as “Machine Girl” and “One”, the two demonstrate an undeniable artistic chemistry, and her mezzo-soprano voice adds a strangely ethereal quality to the recordings. There’s also a decipherable Talking Heads influence on “One” that is executed tastefully, and the jazz piano arpeggios at the end of “More Than I Could Bear” achieve a satisfying effect.


The Bad: Farrell reaches for the highest possible echelon of panache and comes off as desperate to be dramatic. He extends these larger-than-life proclivities to his lyrics, and at times, they fall painfully short. The lyrics, “I’ll cut your job, I’ll raise your rent/ ‘Cause I’m your so-called president” in “Pirate Punk Politician” are toothless. He also tries to evoke sensuality in “Machine Girl”, but sings unintentionally hilarious lyrics, such as “Your coax — it soaks into my mind/ Makes me growl at party time.” (Next time you have sex, tell your partner, “You make me growl at party time,” and see what they say.)

“Spend the Body” channels this saccharine pop sensibility not too far removed from Sleigh Bells while “(red, white and blue) Cheerfulness” takes on this painfully generic blues and garage rock style. Meanwhile, “Let’s All Pray for This World” stands as a “We Are the World”-quality closing track that mawkishly invites everyone to sing along. Above all else, there’s simply no consistent sense of identity through this album, and the stark contrast of styles Farrell achieves are meshed with no unifying attributes. It’s a near-total mess.

The Verdict: Norman Vincent Peale famously quipped, “Shoot for the moon. Even if you miss, you’ll land among the stars.” Kind Heaven shows Farrell somehow managing to be the exception to this rule, as he shoots for the same target but somehow manages to land far below the earth’s stratosphere. Farrell’s ambition is an admirable quality he wears on his sleeve, and at times, he showcases an impressive stylistic versatility. However, throughout this album, he takes indiscriminate left turns, and it ultimately makes Kind Heaven a needlessly gratuitous and pretentious mess.

Essential Tracks: “Snakes Have Many Hips”, “More Than I Could Bear”, and “One”