Stef Chura Finds Her Swagger on the Riveting Midnight 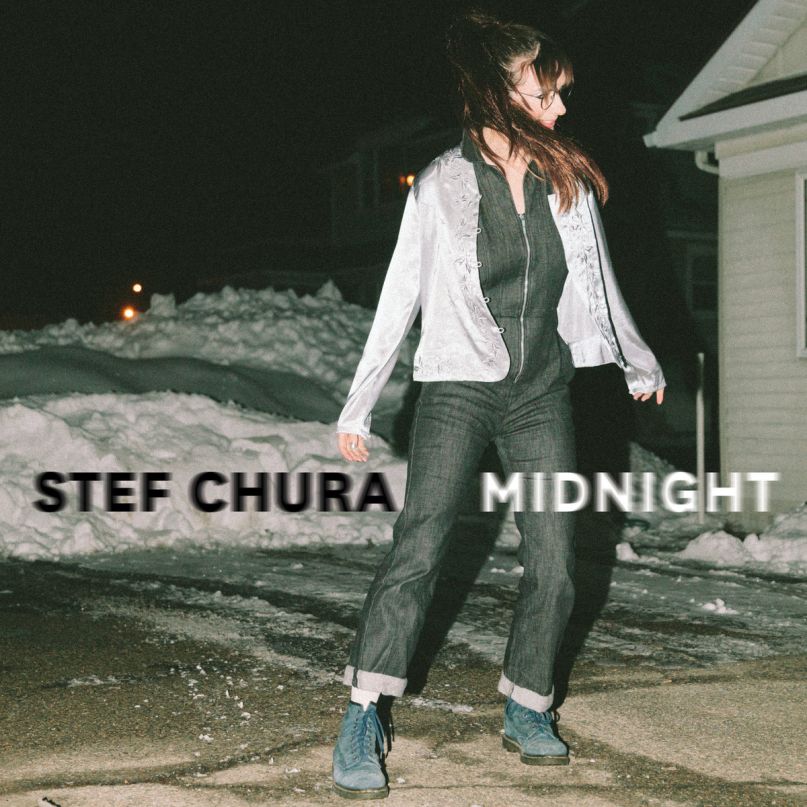 The Lowdown: There’s something sublime that occurs when a producer is able to tap into the creative well of a young musician and facilitate breakthrough work. There are legendary examples: Mark Ronson on Amy Winehouse’s Back to Black, Guy Stevens on London Calling. In the world of indie rock, Stef Chura’s Midnight is sure to go down in this category. Under the guiding hand of angst-anthem wunderkind Will Toledo, known for his outfit Car Seat Headrest, Chura has arrived at a sophisticated, riveting new sound.

Whereas her first album, 2017’s Messes, was (understandably) messy, an often-thrilling but sometimes unruly assortment of roughshod, open-chord bedroom rock, the songs on Midnight are intricate and dynamic. The collaborative energy between Chura and Toledo, who plays on every track, blooms throughout the record, yet Chura never loses hold of singular creative authority, keeping her wobbly voice and punk elan center-stage.

The Good: “All I Do Is Lie” is a whopping opener to Midnight, a bountiful mix of lazy bass and hollering vocals, elaborately structured and carefully ornamented. It’s so impressive that it makes you wonder if Chura will be able to maintain the bravado on the ensuing 11 tracks, which, for the most part, she does. “Scream” has a boisterous, breezy California vigor while “Method Man” channels The Breeders and riot grrrl swagger as it builds from a snarl to a cathartic major-key outro. “Trumbull”, on the other hand, is a delightful miniature jewel. Featuring only vocals and a balladic piano, the song highlights the Emmylou Harris twang in Chura’s voice.

Nowhere on the record is the collaborative spirit between Chura and Toledo as evident as on “Sweet Sweet Midnight”, a duet that meshes deep-toned guitar and bubbly synth. The grief-stricken track channels both the deliriousness of loss and an inward-looking hope through the sanguine melody. Imagination also flourishes on the closer, “Eyes Without a Face”, a Billy Idol cover that channels the dark yearning of the original but forgoes flamboyant synthesizers for a moody guitar crescendo.

The Bad: Midnight occasionally loses its luster, but never completely. The bright guitar chops of “Jumpin’ Jack” feel a bit saccharine and “They’ll Never” fades into the background when stacked against other tracks. Yet, even these songs aren’t short on infectious moments, and if some parts of Midnight aren’t as memorable as others, they are nothing to avoid, fitting adequately into the album’s overall movement.

The Verdict: Chock-full of mature songwriting, sometimes hard-hitting and sometimes sweeping from low-lit nadirs to explosive zeniths, Midnight is a brawny performance from a young artist. Chura has undergone a palpable evolution, commanding complicated instrumentation and earnest themes. “I’ve got this sea/ To be released,” she sings on “Degrees”. The music embodies this cathartic urge, bursting with an internal fervor that only bubbled to the surface on Chura’s previous record.

Essential Tracks: “All I Do Is Lie”, “Sweet Sweet Midnight”, and “Eyes Without a Face”

Gabriel Fine can be found on Twitter at @_GabrielFine_