Titus Andronicus Hold Nothing Back on the Relentless An Obelisk

Patrick Stickles wraps himself in the hopelessness, fear, and confusion of modern life 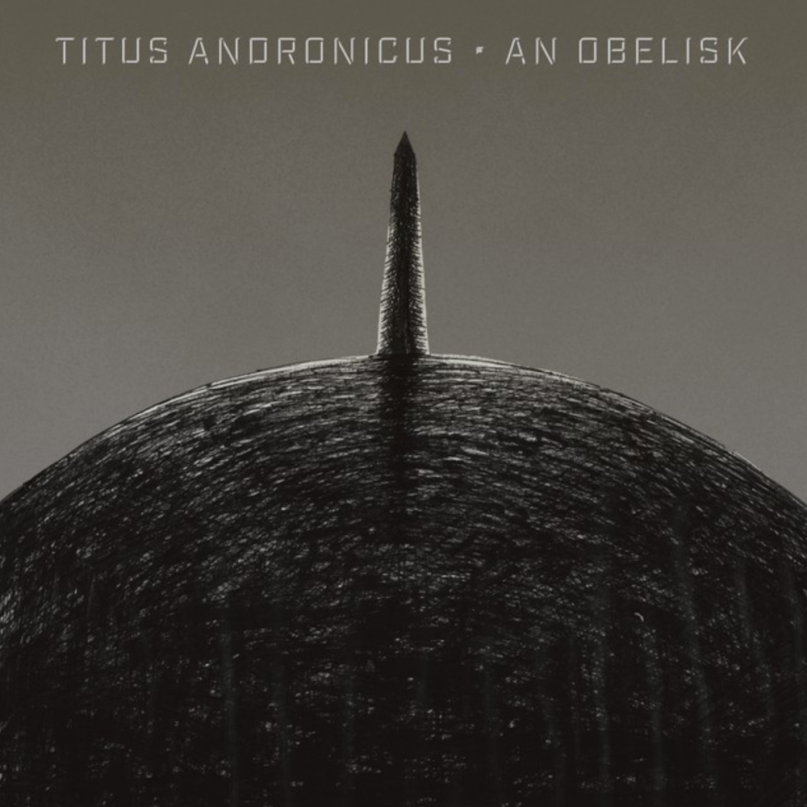 The Lowdown: New Jersey punk outfit Titus Andronicus catapulted to greater heights in the indie circuit following the release of 2010’s The Monitor, an album that received unanimous praise and made the “End of Year” lists of publications such as this one. The success of this LP, however, was as much a curse as it was a blessing. Every subsequent full-length, from 2012’s Local Business to last year’s A Productive Cough, failed to meet the lofty expectations that have been set by what many consider the band’s crowning achievement.

This is not for lack of merit. Titus Andronicus have maintained an impressive batting average with each release and, as evidenced by their 2015 rock opera, The Most Lamentable Tragedy, have been far from creatively stagnant. Still, their heartland rock-infused punk style has been one of their core-defining characteristics, and with the production chops of Hüsker Dü co-founder Bob Mould, they tread that familiar ground on their sixth studio effort, An Obelisk.

The Good: While Titus Andronicus have been able to achieve grandiosity without the bombastic self-importance that lesser artists would gravitate towards, An Obelisk is easily their most digestible and contained album yet.

Some of the lyrics are campy and abstract (“Just Like Ringing a Bell” is perhaps the best example of this), but there are times when the band removes all subtlety while still penning profound and eloquent lines. The meaning of the song “(I Blame) Society” is self-explanatory, but in an interesting twist, vocalist Patrick Stickles shifts the blame with the passage, “We’re all complicit/ Our fingerprints all bleed.” Tracks such as this, “Within the Gravitron”, and “Tumult Around the World” capture the feeling of the hopelessness, fear, and confusion that is prevalent in the era of Donald Trump, and rather than attempting to be this self-appointed voice of dissent, Stickles is singing as someone who doesn’t have the answers and is just as clueless as the rest of us.

The heartland rock and punk influences are predictably present, but there are decipherable traces of Meat Puppets on songs such as “Troubleman Unlimited”. Meanwhile, “Tumult Around the World” has this choppy, distorted rhythm guitar instrumental that helps end the album on a dynamic and resolved note.

The Bad: The album’s momentum starts to peter out at “Beneath the Boot”, and Stickles’ sandpaper vocals lose their luster much sooner. “My Body and Me” takes on this blues rhythm and chord progression, and it sounds like Titus Andronicus is about to transition into George Thorogood’s “Bad to the Bone”. “Hey Ma” has a guitar solo towards the end that sounds like something from a Dropkick Murphys’ song, and it’s left to its own devices as it derails the pacing of the track.

The Verdict: Titus Andronicus have spent the better part of a decade oscillating between theatrical and unassuming. They have explored the “punk banger” vs “heartland ballad” spectrum to the point of exhaustion. Amid these ventures, the band has been given ample opportunity to assess what works and what doesn’t, and minor blemishes aside, An Obelisk shows them excelling at the former. Titus Andronicus didn’t need to further prove themselves with this album, but they did anyway.

Essential Tracks: “(I Blame) Society”, “On the Street”, and “Tumult Around the World”