"They should find somebody who wants to do it." 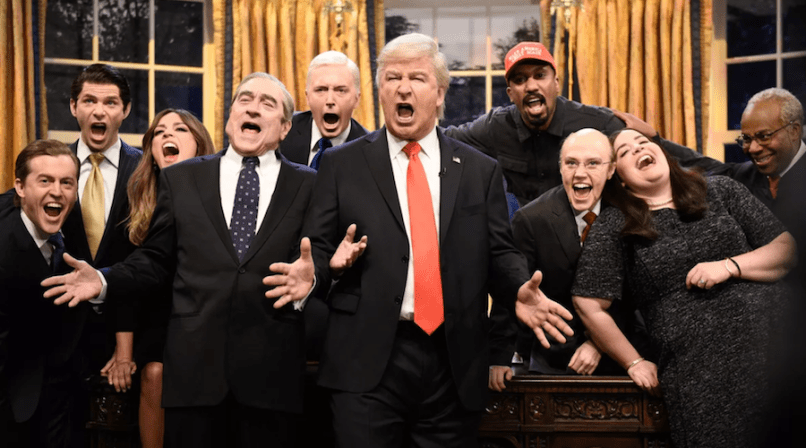 If there’s one positive thing Donald Trump’s presidency and cabinet has given us, it’s some of the best Saturday Night Live guest appearances in years. From Kate McKinnon’s Kellyanne Conway and Jeff Sessions to Melissa McCarthy’s Sean Spicer to Ben Stiller’s Michael Cohen, there’s been an endless stream of parodies to help us laugh at the people in charge. But when SNL returns for season 45, one parodist says he won’t be back, as Alec Baldwin is ready to retire as Donald Trump.

“I can’t imagine I would do it again. I just can’t,” Baldwin told USA Today.

Baldwin has played the role of the fat-lipped, orange-wigged Trump since 2016, winning an Emmy for the role in 2017 and receiving another nomination last year. While the role has netted him renewed recognition, the actor says he plans on returning to a different type of work now that his family with wife Hilaria Thomas is a little older.

“My wife and I had a son a year ago, and since he was born, I’ve worked minimally because I wanted to be there for my wife and kids. But the party’s over this fall and I’ll be traveling,” Baldwin said. “SNL just crushes my weekends, and now weekends are going to become much more precious to me because that’s time with my kids.”

Saying that Saturday Night Live should find “find somebody who wants to do it,” Baldwin had a few suggestions for who should take over as POTUS. “Darrell Hammond did it and is a far better impressionist than I’ll ever be,” he said. He also gave a plug to Anthony Atamanuik, who stars as Trump on Comedy Central’s The President Show. “So if [Atamanuik] wants the job, it’s his. He can have it. I’ve done that.”

Of course, Baldwin has said he’s done with Trump before. Ahead of winning the Emmy in 2017, he told Extra, “I’m not going to do it much longer, the impersonation, I don’t know how much more people can take it.”