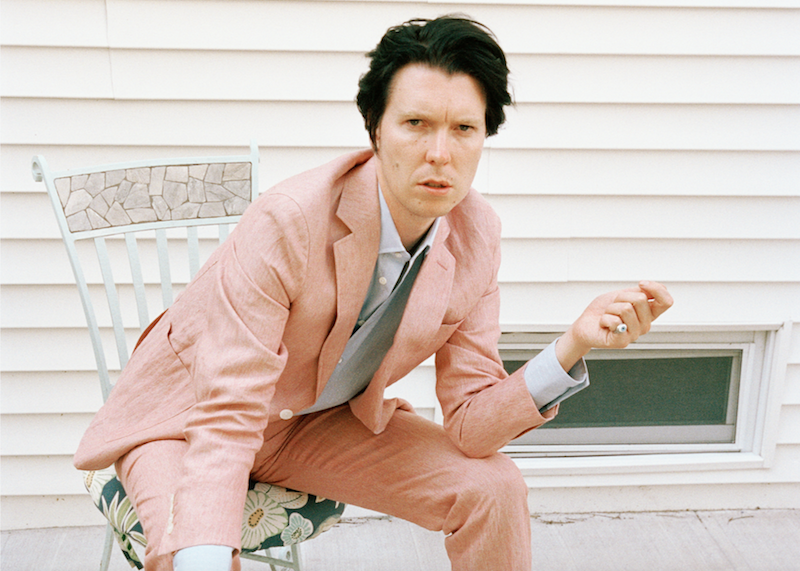 Cameron picks up where he left off on “Divorce” — which is to say he’s as entertaining as he is goofy, if by way of parody. He sings with the rasp and emotion of Bruce Springsteen, ramping up in the chorus as the piano and general percussion rush floods behind him. It’s kitschy but catchy, and a good sign of what’s to come from the rest of Miami Memory.

“Divorce” comes with its own music video, too. In the clip, Cameron stands in a pitch-black room, covered by dramatic shadows from an overhead light. The camera maintains a close-up shot of him, shirtless, with a silver heart pendant around his neck. Eventually, it zooms out to reveal he is a floating torso hovering in front of a glass window pane (which a person begins to scrub clean) beneath the word “Einsteins”. It’s strange, which should come as no surprise because this is Alex Cameron we’re talking about.

Miami Memory will be his third full-length solo album. In 2013, he independently released his debut album, Jumping the Shark, before Secretly Canadian reissued it three years later. In 2017, he dropped his sophomore album, Forced Witness. It included his Angel Olsen-featuring track “Stranger’s Kiss”.

Find the Miami Memory tracklist and album art below.

Alex Cameron will be going on an extensive tour this fall and winter in support of Miami Memory. The tour kicks off in Amsterdam on September 18th and wraps up on December 14th in Vancouver. Find the full list of his upcoming tour dates below, and get tickets here.