"If there’s one thing we hear over and over, it's can iTunes do even more?" 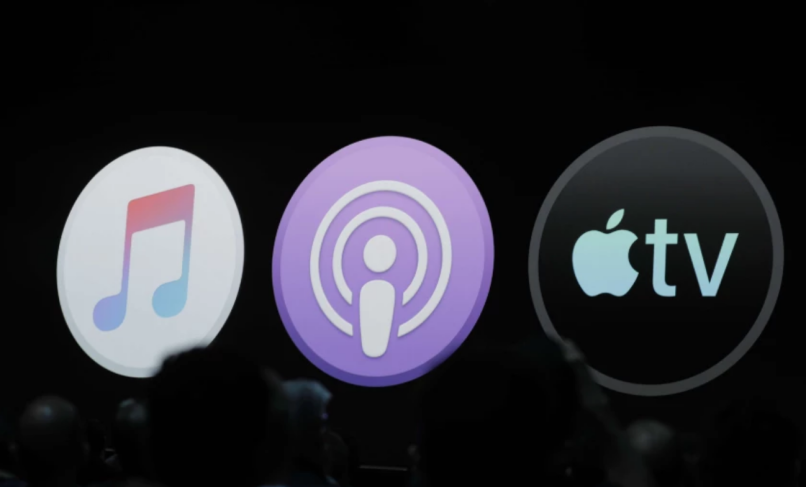 Word leaked recently that Apple would shut down iTunes after nearly 20 years. Unsurprisingly, people were shocked and upset, as it’s the go-to digital archiving system for music nerds. They nailed the coffin shut by deleting the social media accounts for iTunes.

It turns out that breaking news didn’t stray too far from the truth. At the annual Worldwide Developers Conference in San Jose on Monday, Apple officially announced the end of its iTunes software. In its place, they will launch standalone versions of its Music, Podcasts, and TV apps for Mac users on the next version of macOS, Catalina. Anybody who uses an iPhone will notice these are the same apps currently available on iOS, though they’re different than Apple’s marketplace apps the iTunes Store and the App Store.

Apple VP of Software Engineering Craig Federighi cracked a few jokes at iTunes expense during the conference. “Customers love iTunes and everything it can do. But if there’s one thing we hear over and over, is can iTunes do even more?” he laughed, before suggesting a version of iTunes that includes Apple apps like Calendar and Mail.

So what can users expect? Let’s break it down. The new Music app is based off of iTunes, so it will include several of its standard features like smart playlists, personalized playlists, library management, and Apple Music streaming. To sync a device, users will have to plug in their iPhone, open up the Finder, and choose a syncing option there. No automatic choices will appear on the screen like before.

Update, October 8th: It looks like the Music app could cause some new issues. Professional DJs reliant on compatibility between their music library and DJing software will find that, unlike iTunes, the new Music app no longer supports XML files. Until developers adjust for Apple’s new programs, DJs can’t update their macOS without losing years of work spent cataloging their music collections.

The new Podcasts app will maintain a similar way to search, discover, subscribe, and listen to podcasts like before. Listening data can be synced across devices. The biggest change uses machine learning technology to index the words being spoken in podcasts. This means the next time you want to find an episode by theme or topics discussed on it, you can search for podcasts using these words.

If this is too much change to take in right now, there is some good news. Apple is going back to its old ways by releasing its first new iPod in four years. Hey, it’s better than keeping it discontinued forever.