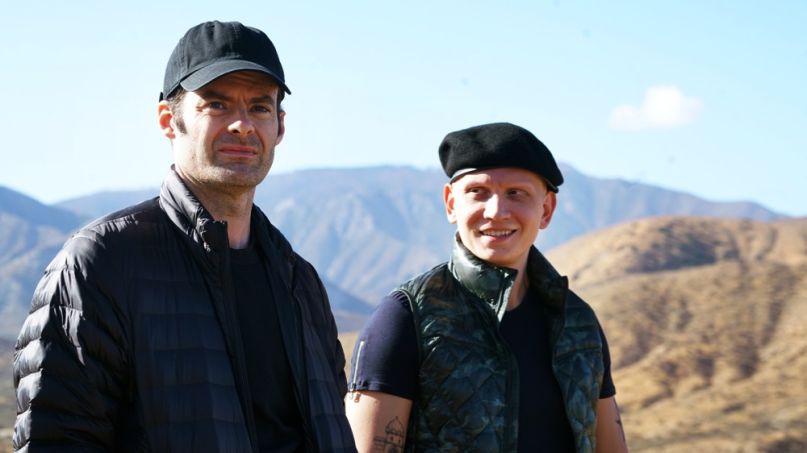 Bill and Ted Face the Music has found a villain — and he’s a familiar face. According to The Hollywood Reporter, Barry star Anthony Carrigan, aka Noho Hank, has signed on for the forthcoming sequel.

There are currently little to no details surrounding his character, but reports suggest he will be “relentless.” Given his uncanny performance in Barry, we wouldn’t expect anything less from Carrigan.

Once again, Keanu Reeves and Alex Winter return as the titular heroes. Joining them for the wyld ride are Kid Cudi, Samara Weaving, and Brigette Lundy-Paine. As previously reported, William Sadler will reprise his role as the Grim Reaper.

Galaxy Quest director Dean Parisot helms a script by original screenwriters Chris Matheson and Ed Solomon. The story picks up with the titular heroes as middle-aged best friends who have yet to complete their destiny of creating the rock and roll song that will save the world.