A quick, forceful track accompanied by an equally in-your-face video 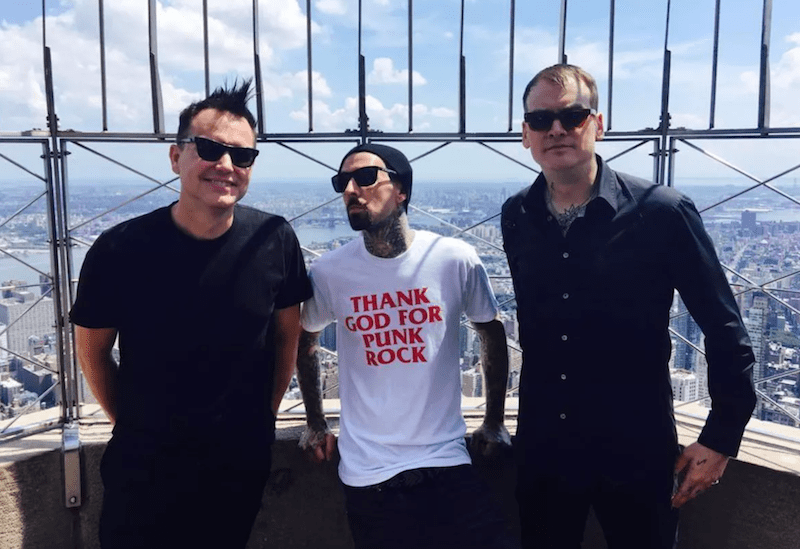 Blink-182 have promised that their new album will be a “more aggressive” effort. Lead single “Blame It on My Youth” may have been more anthemic than antagonistic, but new track “Generational Divide” certainly comes off like a swift punch in the ear.

A speedy punk cut, “Generational Divide” clocks in at a blistering 50 seconds. A showcase for Travis Barker’s furious drumming and Matt Skiba’s ability to rip a guitar riff, the song finds Mark Hoppus howling a sadly rhetorical question: “Is it better now? Are we better now?” For those waiting to hear Blink-182 return to their thrashier roots, it definitely makes good on that promise.

The track comes accompanied by a Kevin Kerslake-directed video featuring Blink-182 tearing into the song in the confines of a small room lined with punk rock concert posters. Check it out below.

Later this month, Blink-182 will kick off a co-headlining tour with Lil Wayne. The trek will see them celebrate the 20th anniversary of their landmark Enema of the State LP by playing it in full. Get tickets here.