The Boondocks will return to TV to satirize the modern era

Aaron McGruder's cult animated series has been confirmed for a reboot 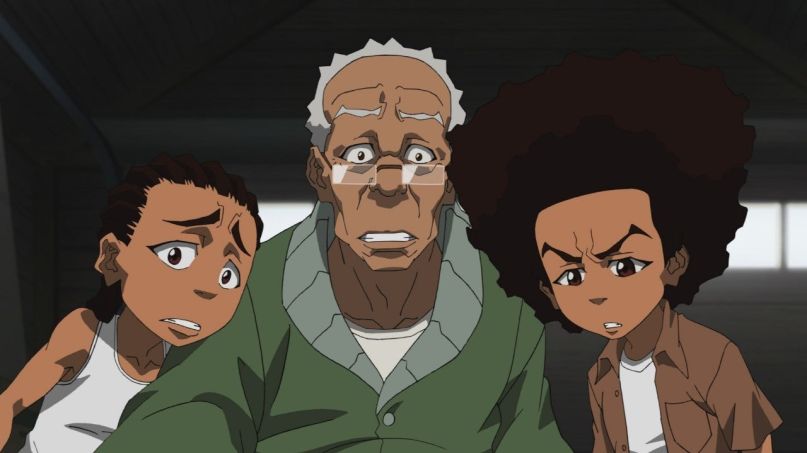 People of Woodcrest, you’re on alert: a reboot of The Boondocks is on the way.

As reported by The Wrap, Sony Pictures Animation announced today that it will work with comic/series creator Aaron McGruder on the reboot, which will bring the show back for the first time since its initial conclusion in 2014. (McGruder did not work on the fourth and previously final season; he departed the series after the third, which aired in 2010.)

The series will bring Huey, Riley and Grandad Freeman back “…to update the cult, subversive satire for the modern era. It chronicles the adventures of the Freeman family against the evil local government tyrant Uncle Ruckus, who rules the fictional Woodcrest with an iron fist.” Considering that The Boondocks was fairly well ahead of the political curve in its own time, McGruder couldn’t have picked a better cultural moment to return to the conversation.

It’s unclear as of now whether the series will officially return to Adult Swim, where it originally ran from 2005 until its final season. But either way, let’s all rejoice: in the history of a network known for boundary-pushing, incendiary television, The Boondocks was always one of its most thoughtfully controversial offerings. Remember when McGruder was telling people back in 2005 that R. Kelly isn’t to be trusted?