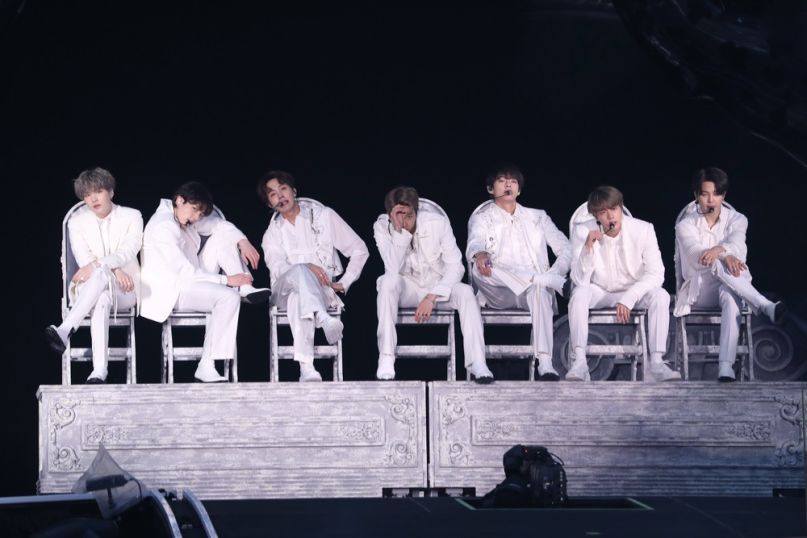 BTS will continue their world domination with the release of a new mobile video game called BTS World. Even more exciting for fans of the k-pop outfit, the game includes a soundtrack featuring brand new music.

Already we’ve heard one track from the release in the Charli XCX-featuring “Dream Glow”. Now, they’ve unveiled a second teaser in “A Brand New Day”, which was produced by Mura Masa and features Swedish artist Zara Larsson. Take a listen below.

In related news, this month BTS and their fans are celebrating Festa in commemoration of the group’s sixth anniversary. The month-long celebration has already brought a bevy of exclusive content, including a new song from Jin called “Tonight”. This week, they’ve shared an hour-long video called “Bangtan Attic”, which sees the members of BTS candidly discuss their respective upbringings and how they’ve dealt with all that fame.

In April, BTS released their blockbuster EP, Map of the Soul: Persona, and they recently completed a supporting US tour. For more BTS-related content, make sure to subscribe to our email digest.