Their fourth single from the mobile game soundtrack 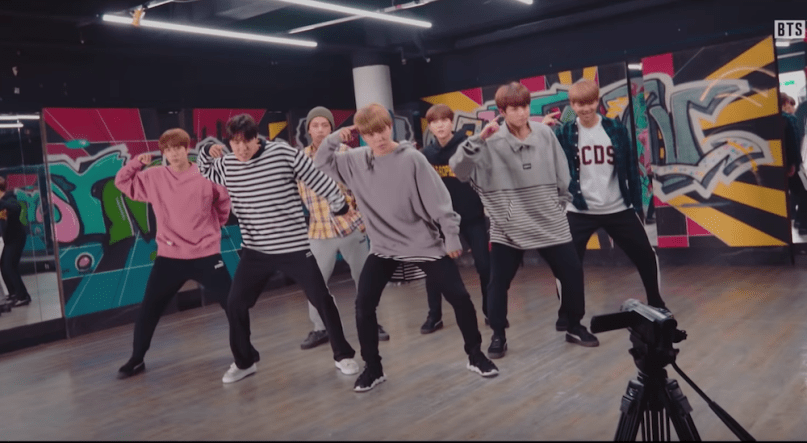 “Heartbeat” is essentially an ode to BTS fans, otherwise known as the BTS ARMY. It’s a slow, heart-tugging, anthemic pop song, fueled by spacious ’80s electronic drums. As such, it’s a fitting way to cap off the soundtrack of a game that tracks the band from their formation in 2012 to their international takeover in 2019.

In the music video for “Heartbeat”, the members of BTS go flying through space thanks to scenes from previous music videos. It’s the type of parallel universe where whales swim in the sky and planets colliding is no big deal. Woven in throughout is live concert footage and dance practice clips from behind the scenes as you get a look at what the band members’ lives could have been like if not for BTS. Watch it below.

BTS World is a story-based mobile simulation game tracking the boy band’s rise to stardom. Players start at the beginning of the BTS fandom with the goal of being BTS’ manager. It’s up to the player to help BTS rise through the music industry to becoming a global K-pop sensation. The accompanying soundtrack features 11 songs total, most of which are instrumental tracks. The game is available now.

After all of this, BTS somehow have even more music surprises on the way, this time in the shape of a film. A BTS concert film, Bring the Soul: The Movie, will see the k-pop stars on the big screen in August of this year. The film captures BTS at the end of the European leg of their “Love Yourself World Tour”, including an intimate rooftop after-party in Paris. Tickets go on sale July 3rd via BTS’ Bring the Soul: The Movie site.