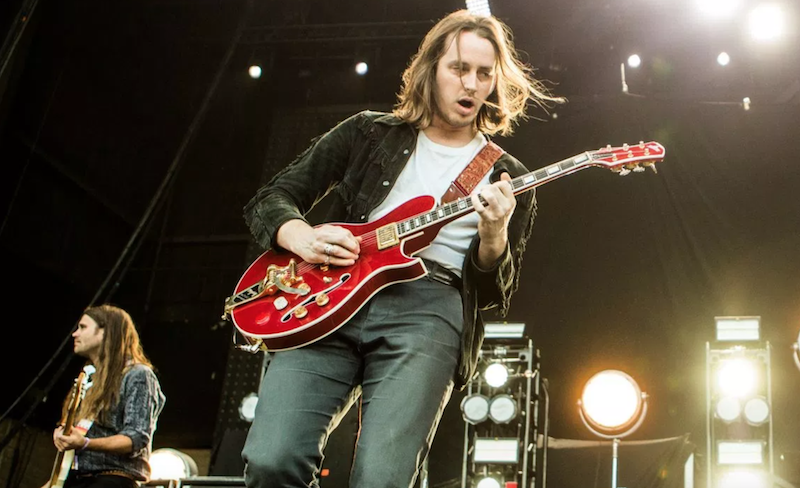 Cage the Elephant have been forced to cancel their tour of Britain and Europe after their guitarist suffered a serious leg injury on stage. The band has been on the road supporting their latest album, Social Cues.

According to a statement from the band, guitarist Nick Bockrath sustained what sounds like a brutal injury while performing at the Netherland’s Pinkpop festival. Bockrath apparently ruptured his PCL, tore his ACL, damaged his meniscus, and fractured his tibia. Cringe.


Apparently, Cage the Elephant and Bockrath tried playing through the injury rather than cancel the tour, but after two shows, it became clear medical attention was needed. He “requires immediate surgery” and is currently under professional care.

The six canceled gigs include the band’s scheduled appearance at Isle of Wight Festival. Refunds for all the non-festival dates will be issued at the point of sale.

Hopefully Bockrath can get back on his feet (too soon?) prior to Cage the Elephant’s highly anticipated “Night Running Tour” with Beck and Spoon. Those dates are set for July and August, so fingers crossed for a speedy recovery.

Find Cage the Elephant’s full itinerary, including the canceled dates, underneath their full statement ahead. You can still find tickets to their scheduled shows here.

Below, revisit Cage guitarist Brad Shultz’s appearance on Kyle Meredith with… from earlier this year, in which he discuss the rock group’s latest album.