You can also pre-order his debut record 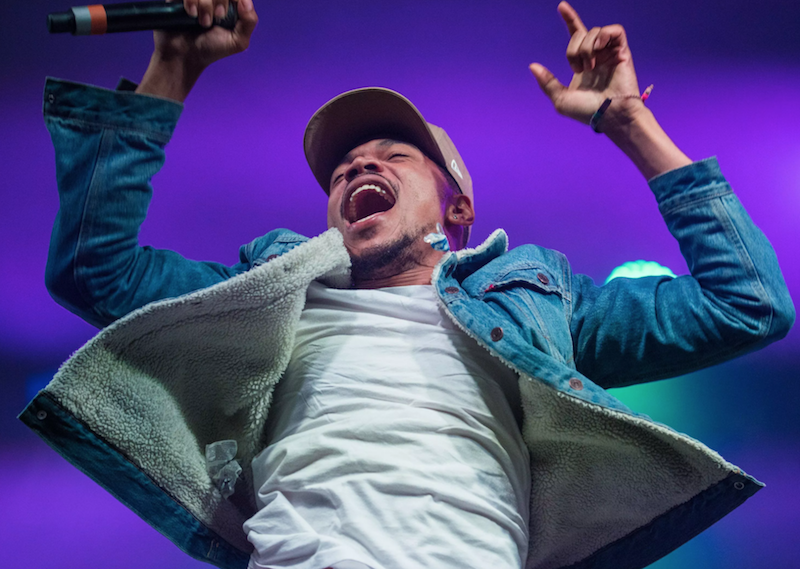 Chance the Rapper has become one of the world’s biggest rappers entirely on his own terms. Despite reaching festival headliner status, most of his music has long been absent from streaming services and, believe it or not, he’s technically never released a debut album. Tonight, all that changes, as all three of his mixtapes — 10 Day, Acid Rap, and Coloring Book — will hit streaming services, and his long awaited first record will become available for pre-order.

At midnight EST tonight, 2012’s 10 Day and 2013’s Acid Rap will join 2016’s Coloring Book on Spotify, Apple Music, and all major streaming platforms. Simultaneously, pre-orders for Chance the Rapper’s debut full-length and upcoming tour dates will launch via his website. This marks the first time Chance has ever actually sold his music or pressed any of it to vinyl or CD. In fact, when he won the Grammy for Best Rap Album in 2017, it was the first time a streaming-only record took home a golden gramophone.

Update: All three of Chance’s previous three mixtapes are also available to purchase on vinyl.

Chance has been teasing his new LP since February. New single “GRoCERIES” is expected to be on the tracklist, but it’s less predictable whether any of his other recent releases might appear: “My Own Thing” featuring Joey Purp, “The Man Has Everything”, “Work Out”, and “I Might Need Security”. We’ll hopefully find out tonight when pre-orders go live.

Find Chance the Rapper’s announcement tweet about the streaming and pre-orders below, then revisit “GRoCERIES”.

Proud to announce that #10DAY & #Acidrap will be joining Coloring Book on all streaming platforms this evening accompanied by exclusive vinyl and merch and OH YEAH THE PRE-SALE FOR MY NEW ALBUM & TOUR ON https://t.co/hpfCtUy8Hq

Thank you everyone who stayed with me for so long. pic.twitter.com/ZW4COBAB9c