Chris Stapleton sings “The Ballad of the Lonesome Cowboy” for the Toy Story 4 soundtrack: Stream 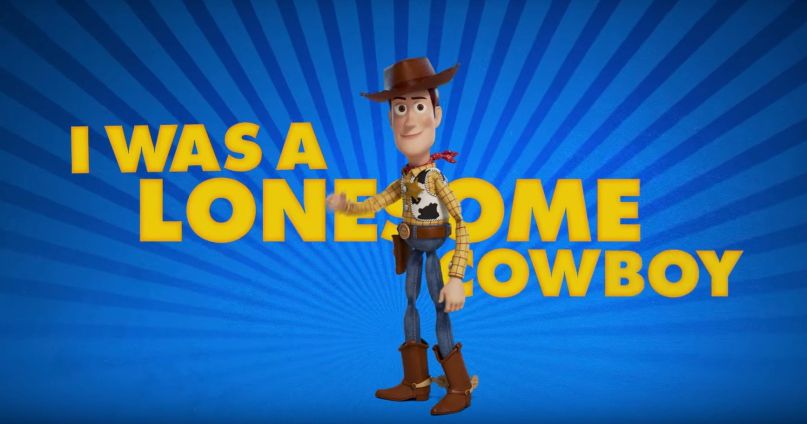 Woody in "The Ballad of the Lonesome Cowboy" lyric video

Later this month, Disney and Pixar will release their highly anticipated Toy Story 4. As is only appropriate, the sequel’s soundtrack from UMC/Walt Disney Records taps Randy Newman to reprise his role as the franchise’s beloved songwriter. Now, to preview the forthcoming collection, fans can stream a new song “The Ballad of the Lonesome Cowboy”, which was recorded by Chris Stapleton.

Given that Toy Story 4 is set to be a love story between Woody and Bo Peep, Newman wrote the song from the cowboy doll’s perspective. Said the iconic composer in a statement, “Woody feels like he was a lonesome cowboy until someone comes along and changes his world.” He added,

“I have great affection for the films, and it was good to be back in that world again. Toy Story 4, like its predecessors, has great emotional depth. Important things are happening to people we love… There’s plenty of action, but there’s a lot of deeper stuff. This picture had a lot of opportunity to do things of some depth emotionally — but not overdo it.”

Stapleton’s take on the number is set to play during the movie’s end credits. Taking inspiration from Newman’s past Toy Story hits like “You’ve Got A Friend Me”, the charming Western ballad is similarly feel-good and kid-friendly.

The country star explained the significance of his inclusion on the soundtrack:

“To me what has made the Toy Story films hold up over time has been the strength of the stories and the songs and the writing and the characters. It’s a tremendous honor to get to sing a Randy Newman song in what is without question one of the most iconic animated franchises in history.”

Watch a delightful lyric video for “The Ballad of the Lonesome Cowboy” below.

Due out on June 21st to coincides with the animated movie’s release, Newman’s soundtrack sports two new songs. In addition to “The Ballad of the Lonesome Cowboy”, the LP also sports another original “I Can’t Let You Throw Yourself Away”, which centers on the film’s new protagonist Forky. Explained Newman, “He gets it in his head that he’s disposable, so he keeps trying to throw himself in the trash can… and Woody has put himself in charge of keeping him from doing so.”