While Nevermind brought the masses, Bleach spoke for an entire region of people 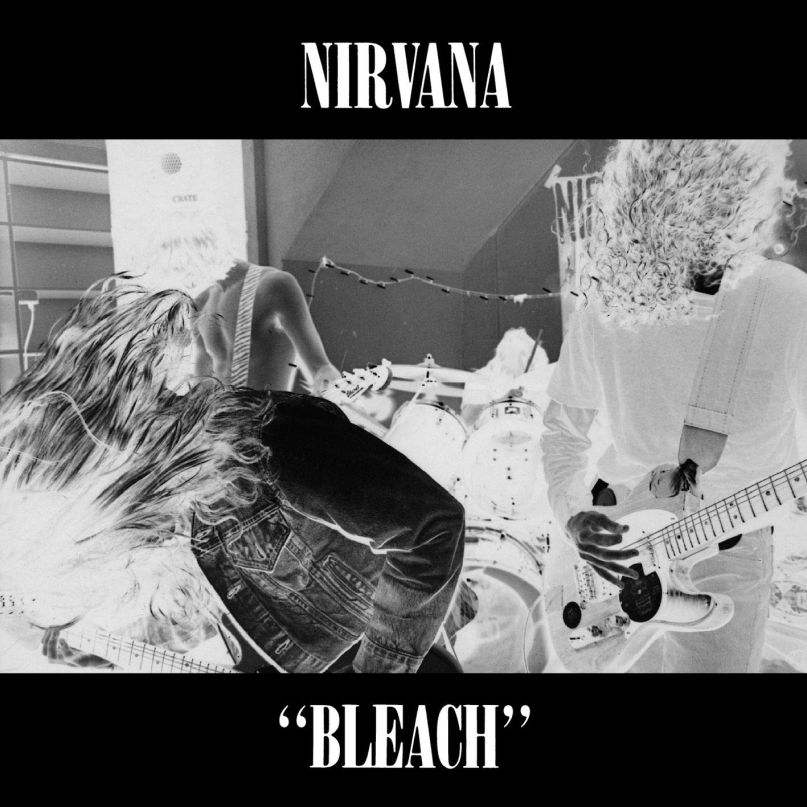 Nirvana’s debut was released by Sub Pop Records on this exact day 30 years ago. Bleach was recorded for only $606, a frugal amount for the trio consisting of Kurt Cobain, Krist Novoselic, and then-drummer Chad Channing. (Nirvana went through a slew of drummers — four in total — before landing its most permanent, Dave Grohl.)

The album was recorded at Reciprocal Recording, which was located in the Ballard neighborhood in Seattle. The tiny, triangular studio, run by Chris Hanzsek, Jack Endino, and Rich Hinklin, remains iconic for its indie commissions from bands all over the US in those days, most of which were acts associated with C/Z Records, Twin Tone, Amphetamine Reptile, and the aforementioned Sub Pop. The studio is also known for being the birthplace of “grunge” music, having recorded early albums by bands such as Soundgarden, Mudhoney, and Green River.

On January 23, 1989, Nirvana recorded their first demo with Jack Endino, who sent a copy to Sub Pop afterwards; a few months later, Nirvana returned to the studio to record Bleach for the label. Humble beginnings for a record that has sold over two million copies and remains Sub Pop’s best-selling release.

Over the course of 30 years, Bleach has been assessed and dissected again and again — deemed by some as the ultimate “grunge” album and by most as a seminal record in the “genre” … you may be wondering why I’m putting “grunge” and “genre” inside quotation marks. It’s because grunge isn’t a genre of music; it’s a subculture — one defined by certain emotional traits and one very much influenced by the environment from which it emerged.

Like most people, I didn’t experience Bleach in its entirety until a number of years after its initial release. (I wasn’t even born while the band was still active; Kurt Cobain ended his life a month before I arrived.) As a girl growing up, I had heard the radio-friendly hits (on the “alternative” station that played “Smells Like Teen Spirit” once an hour), seen the iconic Nirvana smiley-face t-shirt everywhere from Wal-Mart to Forever 21, and known the band’s name. However, I really didn’t understand the music or Nirvana — not until I became a teenager living in The Pacific Northwest.

It was Nirvana’s Nevermind that brought the attention of “grunge” to the masses, and as game-changing as that record was — I don’t think anyone is arguing that it wasn’t — it was its embryonic predecessor that really encapsulates what it means to be “grunge.” Bleach, not Nevermind, evokes The Pacific Northwest. No, it doesn’t represent the vegan-eating, beer-brewing hipsters with square-framed glasses or any cliche now associated with the region. (Let’s be real; those are all the transplants who moved here because suddenly it was cool. Thanks a lot, Fred Armisen!) Bleach represents The Pacific Northwest and us who inhabit it in our purest form.

Bleach sounds raw, authentic, emotive, anxiety-ridden — a perfect match for the neurotic, depressed, and highly anxious Northwest personality — and like a product of the same environment that shaped the region’s inhabitants. In The Pacific Northwest, the passive, apathetic, and disenfranchised teenager grows up to be that same adult, a result of being raised in, and staying in, a land of perpetual rain where you see more darkness than light. The pop magnificence that everyone heard on Nevermind was the more polished, more easily digestible version of the sentiment on Bleach. Nevermind had the same guttural wails of frustration and isolation without being buried in sludge, but lacked the real teenage-angst sensibility that’s found on Bleach.

When I hear Kurt Cobain harmonizing with himself on the raging punk track “Negative Creep”, or echoing through the sludge, “You’re in high school again/ You’re in high school again,” on “School”, I’m instantly filled with a painful self-awareness and anxiety — the same kind I felt as a teenager listening to the record for the first time and realizing, like “School” alludes to, that you never really leave high school and that the world falls into the same pointless patterns, no matter where you are or how old you become — a sentiment that really has followed me into my adult life.

There’s an ongoing joke that everyone from The Pacific Northwest is perpetually 17 and filled with angst. I’ll give Fred Armisen this: the dream of the ’90s is still very much alive here, but that’s because it never really left. This is just who we are. The music and lyrics on Bleach sound like they are being chewed up and spat out, and there’s a tension and aggression we identify with, a kind that differs from the zeitgeist captured on Nevermind and the rest of Nirvana’s discography, which the rest of the world claimed for themselves when Seattle blew up. The idea behind songs like “Smells Like Teen Spirit” and “Come as You Are” is that the youth of the time could only muster up a shrug and mumble, and through a good ear for pop hooks and lyrics, this punk band was able to encapsulate an entire generation of frustrated and dissatisfied youth.

However, what this assessment fails to understand is that even after the Seattle Sound and all that came with it, including hordes of cultural invaders, had faded in the late ’90s, the feelings and sentiments stirred by Nirvana are still very much alive with every generation produced in The Pacific Northwest. While outsiders have keepsakes and artifacts from that heady time, we are still very much reveling in it and living it. Not in the hysteria but in the underlying, ineradicable ideas that define who we are as a people. And this comes from more than just being young and scrimping out an existence in a nothing town outside larger cities.

Bleach captures more than just the societal snippet of “grunge” with its slower tempos, dissonant harmonies, complex instrumentation, and angst-filled lyrics that often address themes of social alienation, apathy, confinement, and a desire for freedom — themes that stem from living in a place where there are more trees than people and where a feeling of being suffocated by landscape is inherited.

Bleach is a lifestyle, a sound, a culture — one that was created from being filled to the brim with this inexplicable Pacific Northwest energy. We grew up with the cold, rain, and overcast skies. Bleach understands being stuck indoors and having no other way to release the desire for self-destruction than to go down to our basements, make a bunch of noise, bang on some instruments, and scream.

Because if we didn’t, we felt like were going to implode.

Essential Tracks: “School”, “Negative Creep”, and “About a Girl”

Previous Story
Top Song of the Week: The Raconteurs Shed a Tear for Detroit on “Bored and Razed”
Next Story
Drake celebrates the Toronto Raptors with new songs “Omertà” and “Money in the Grave”: Stream
Popular
More Stories
[fu-upload-form form_layout="media" title="Submit Your Photo"][input type="hidden" name="ugc" value="1"][/fu-upload-form]