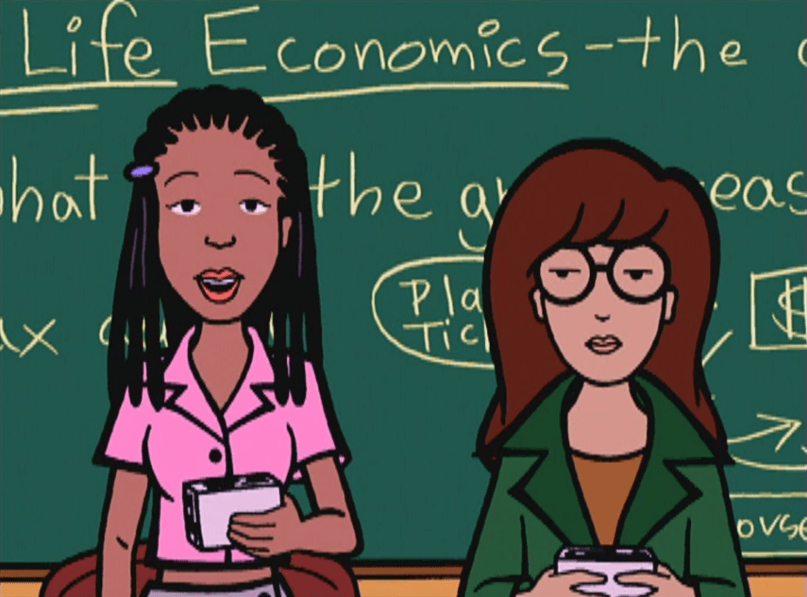 It not such a sick sad world after all: MTV Studios has announced the first of several planned spin-offs based on its early aughts teen comedy Daria.

According to The Hollywood Reporter, Tracee Ellis Ross will voice and executive produce Jodie, an animated series centering on Daria’s friend as “she comes into her own and enters the workplace in her first post-college job in tech.” Grace Nkenge Edwards (Insecure) will write the series.

“Being able to give voice to fresh, feminist and unexplored stories of young women excites me,” Ross says in a statement. “Jodie will spin off from the cult classic Daria, and with the brilliant, sweet and sarcastic black-girl magic that is Jodie Landon, we will feature a diverse cast, comprised mainly of unapologetically smart and ambitious young female characters who are vulnerable and flawed and interesting and funny. As a very cool bonus, Jodie will be the first adult animated show in almost 20 years that will star a black woman. It will be a smart, funny workplace comedy full of commentary about everything from gentrification to sex to tech to call-out culture.”

Jodie is just the first in a series of TV series and films based on the Daria universe that are currently in development. The original Daria spun off from Beavis and Butthead and ran for five seasons from 1997 to 2002.