Recorded during Karin Dreijer's 2018 comeback tour in support of Plunge 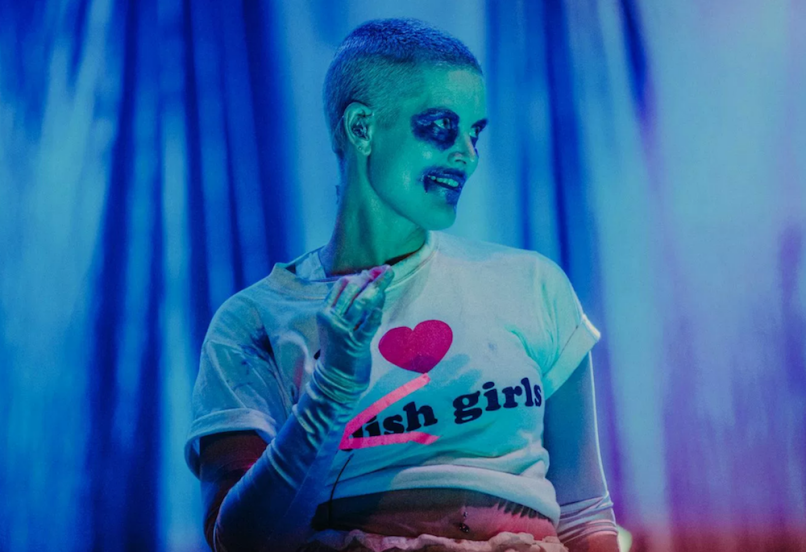 Last year, Fever Ray supported her long-awaited record Plunge with her first tour in eight years. That outing is now being documented with a new live album called Live at the Troxy.

The forthcoming effort was recorded at Karin Dreijer’s March 2018 show at the Troxy in London. As with the entire tour, that evening featured specially conceived stage production and design, inspired by the themes of Fever Ray’s Plunge. A statement elaborates:

“Dreijer was adamant about working with as many women or non-binary people as a male-dominated music and live industry would allow. Dreijer invited five other performers to collaborate with them on the production and design of the show. Five out of the six performers involved are around 40 years old and four of them have children, evidence of Dreijer’s commitment to challenging perceived norms not just around gender, but age, sexuality and motherhood too – all themes found on Plunge.”

(Read: 10 Artists Who Need to Curate Their Own Festival)

The 16-track Live at the Troxy will be released August 2nd in digital formats by Mute and Rabid Records, and on vinyl through Live Here Now. Pre-orders have begun.

A few months after the famed “Fever Ray Troxy” concert, Dreijer, who was once one half of The Knife, was forced to cancel her remaining tour dates. She cited the cause for the cancellation as her own struggles with anxiety and panic attacks. Thankfully, Live at the Troxy will give fans who had to miss out a taste of what her shows can be like.

Live at the Troxy Artwork:

Watch Fever Ray perform Plunge single “To the Moon and Back” live in Warsaw: