Elsa chases down her origins in new trailer for Frozen 2: Watch 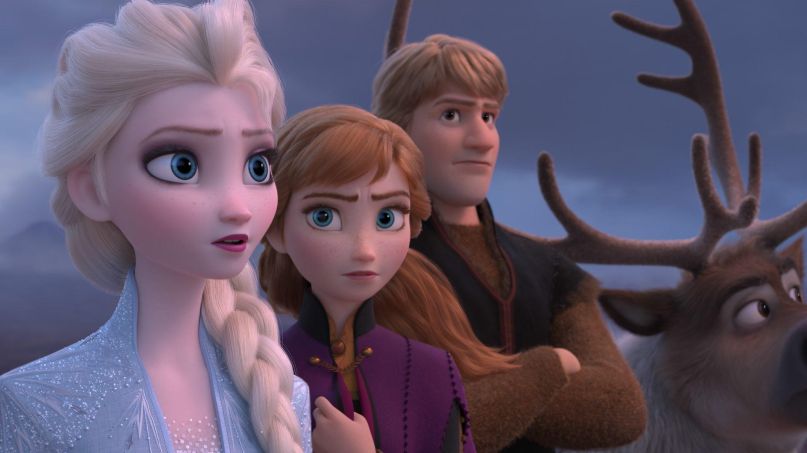 Disney has now released two teasers for Frozen 2. Yet we still know very little about where the Mouse House intends to take the sequel to its 2013 mega-hit. After all, it’s a tough act to follow: Frozen wasn’t just big, it was Disney’s highest-grossing non-Pixar animated film of all time.

So hey, no pressure. Though, if there’s one company not breaking a sweat, it’s Disney, and the latest full-length trailer suggests that no expense will be spared in following up with Elsa (Idina Menzel), Anna (Kristen Bell), and the rest of the gang.

According to a new vague description, the story goes as follows: “Why was Elsa born with magical powers? The answer is calling her and threatening her kingdom. Together with Anna, Kristoff, Olaf and Sven, she’ll set out on a dangerous but remarkable journey.”

Remarkable is a good word for the sweeping landscapes glimpsed in the trailer below. While longer than the initial teaser, the latest is still mostly a tease in its own right, primarily following Elsa as she comes into a growing understanding of her powers, and what they could do. It’s starting to look like a little bit of a Daenerys Targaryen situation, but hopefully this time Elsa won’t forget about an entire fleet of ships or whatever.

Frozen II arrives in theaters on November 22nd. You know, just in time to collect all that sweet Thanksgiving weekend/holiday season money, and probably offer up a few more songs your kids won’t leave alone all winter long.