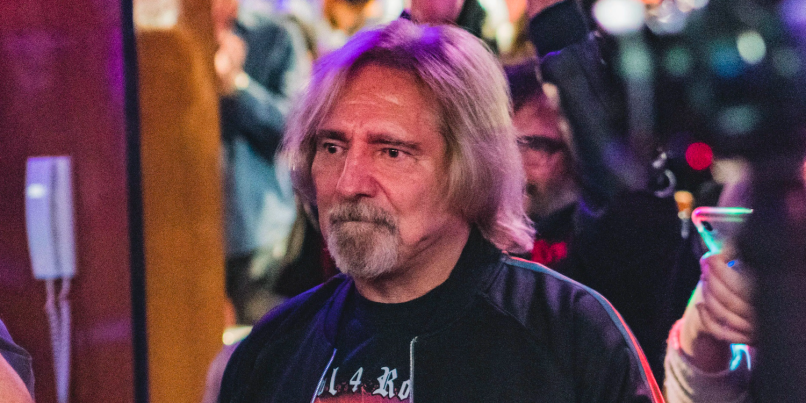 After two final shows in their hometown of Birmingham, England, a couple years ago, Black Sabbath retired from the road, but bassist Geezer Butler said he “wouldn’t say never” to a one-off reunion show in a new interview.

When Sabbath embarked on their final tour a few years back, the occasion was bittersweet in that it didn’t include original drummer Bill Ward. With that in mind, Ozzy Osbourne recently remarked that he’d love to play “one last gig” with the original lineup.

In a new interview with Classic Rock, Butler said of the possibility of a reunion, “If it came up, I wouldn’t say never. I can’t imagine it ever happening, but then I said that about the Sabbath tour, and it happened, so who am I to know?”

The bassist said he hasn’t “seen Ozzy at all” and occasionally sees Tony Iommi and Ward at awards shows, staying in touch with Iommi via email. He added: “But it’s good between us. It’s like having brothers. You don’t have to be in touch.”

Butler and Iommi actually appeared together yesterday at the official naming ceremony for Black Sabbath Bridge in their hometown of Birmingham, England.

In the meantime, Ozzy is recovering from recent injuries, and will resume his own final tour in 2020. Butler, meanwhile, has been busy with his new band Deadland Ritual after finding retired life a little too relaxing.

“I thought I’d been in my last band,” Butler said in the Classic Rock interview. “I even swore to myself that was it, never again. I didn’t even pick up a bass for a year. I did believe in retirement — until I actually did it. I got addicted to watching TV every day and became a couch potato. So when Matt Sorum called to ask if I’d be interested in joining a band, I said yeah. Life is better when I’ve got a band on the go, definitely. … I thought I could do without it, but I can’t.”

We can only hope that the rest of Black Sabbath feels the same and the original lineup reunites one last time.