The song is a continuation of Smith's 2018 single "Ghost" 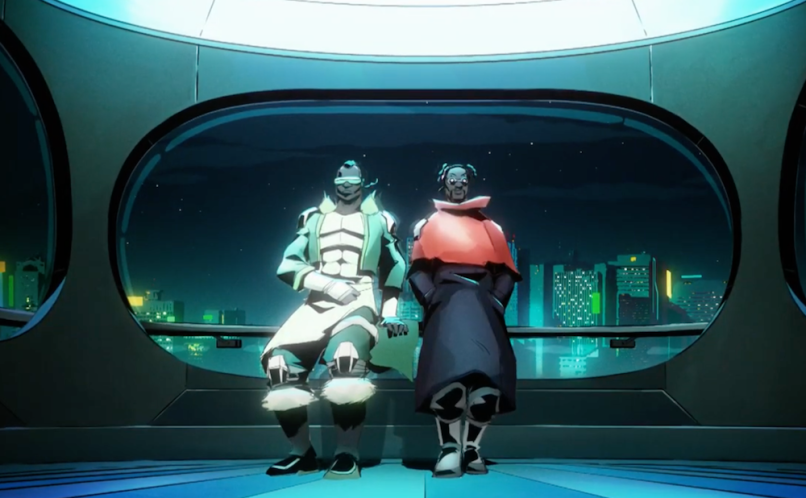 Grammy-nominated production duo Christian Rich — the project of twin brothers Kehinde and Taiwo Hassan — tapped Jaden Smith, Vic Mensa, and Belly to collaborate on a new single. The song, titled “Shibuya (Ghost II)”, picks up where Smith’s 2018 single “Ghost” left off. This follow-up was recorded in Los Angeles and then digitally shared with the three rappers later to add verses.

Rap can be as fun or serious as you want it to be. For a producer, part of the fun is coming up with a beat that gets stuck in your head or warps samples creatively. Christian Rich pulls that off well here with a low-flying bass rumble and some distant church bells. When it comes to lyrics, your best bet is putting something personal on the line or going full comedic absurdity. Somehow, Jaden, Vic Mensa, and Belly fall flat in the middle. “Shibuya (Ghost II)” is a choose-your-fighter of cringeworthy lines: “Eating pussy in an Uber/I can’t help that I’m nasty,” “Tryna make sure that I leave a good will for my niece,” “Selling out merch like dough.” Honestly, it’s hard to pick just one.

“Shibuya (Ghost II)” comes with a cool music video, though, so it’s easy to forgive the underwhelming verses. The anime-inspired video was produced by Eddy, directed by Olivier Lescot, and created by animation studio Brunch. In it, superhero-like characters inspired by He-Man and G-Force get caught up overlooking the city, exploding a space station-like shuttle, and eventually wander off into what will presumably be a new world via a giant door-shaped teleport. Check it out below.

In a press release, Christian Rich explain how this song came to be a two-part ordeal: “Jaden finished his verses within a day or so. We were looking for just one verse from each artist but Jaden did 3 verses and liked the song so much that they asked if they could release a version of song as well as, which we thought was dope and agreed to it.”

Given how much room Smith has to grow as a rapper, you would think he sees artists like Kanye West as role models, not equivalents. Turns out that’s not the case. West and Smith are creating a limited half-hour anthology series called Ominverse for Showtime. The first season will explore the Ego through the alternative reality of West, whose younger self will be played by Smith. Lee Sung Jin (Silicon Valley, Undone, Tuca & Bertie) is tapped to help write it. Here’s hoping it’s better than this.