And yet his response is more poetic than any of us mere mortals could ever dream up... 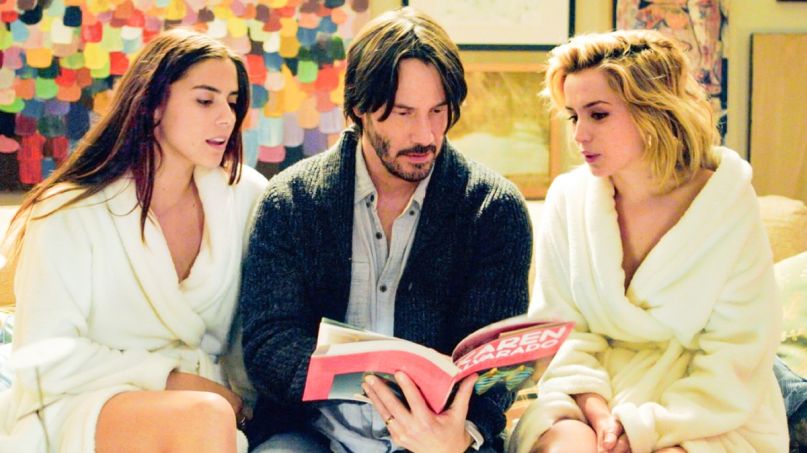 So much so that they’ve demanded four John Wick movies, turned the blockbuster action star into an infinite meme, and even created film festivals surrounding his eclectic oeuvre. Even so, and amidst all of this lavish praise, the actor says he’s lonely.

In a new interview with The Jakarta Post, Reeves mildly opened up about his romantic life, admitting, “You know, I’m the lonely guy. I don’t have anyone in my life. But if it does occur, I would respect and love the other person; hopefully it’ll happen for me.”

While that may disappoint the super fans hoping he was as incredible with romance as he is with motorcycles, horses, and speeding buses, there’s something quite affecting about his response. It’s not just human, it’s brutally romantic.

When pressed about how fans might perceive him as a lonely guy — you know, those of you reading this article — he boldly stated, “I don’t concern myself with it that much. I’m an actor, so in terms of what you’re asking about, I have no answer.”

Not surprisingly, that brand of modesty extended to the rest of the interview in which he talked about his love for bikes, music, and Hollywood with patient poetry. For instance: “Sometimes you feel like an animal in a cage. But in Los Angeles, no one cares.”

In other words, lonely or not, Reeves is better than all of us.