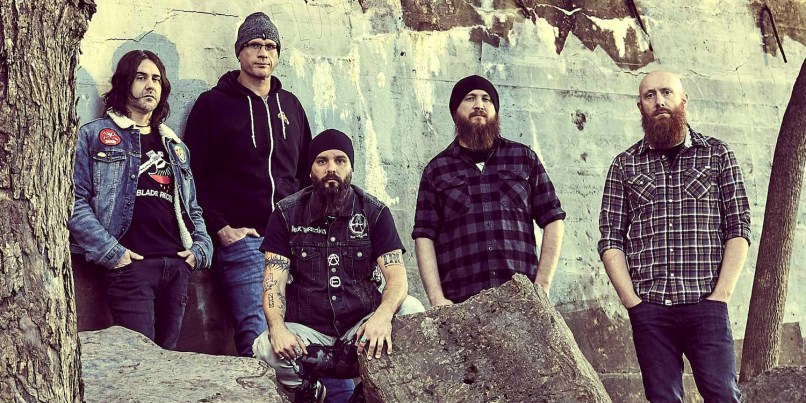 Killswitch Engage have announced details of their eighth album. Due out August 16th, it’s titled Atonement will mark the veteran metal band’s first release under their new deal with Metal Blade Records.

The album contains 11 songs, including the just-released first single, “Unleashed” (listen below).

Among the other tracks is the song “The Signal Fire”, which features guest vocals from Howard Jones, who had replaced Jesse Leach in the band in 2002 and remained in the group for nine years before departing in early 2012. In turn, Leach returned to replace Jones, and has remained with the band ever since.

The album’s other guest vocalist is Testament frontman Chuck Billy, who sings on the song “The Crownless King”.

Regarding the first single, Leach said, “‘Unleashed’ is about inner passion and rage coming up to the surface. We all have that wild within that often stays dormant until a tragic event triggers and awakens it. This song is about that awakening within.”

He continued, “I feel we were able to capture something raw and intense on this song and I’m stoked for everyone to hear it! The new album Atonement is a reflection of perseverance and passion through the trials and suffering of our existence.”

As previously reported, Killswitch Engage will embark on a co-headlining summer North American tour with Clutch. Pre-orders for the new album, Atonement, are available here.